States have stopped or slowed COVID-19 reporting amid Delta surge

Many states are updating data once or a few days a week, but seven-day averages are needed to accurately track the spread.

The Delta variant has underscored that this pandemic is not over, but several states have ceased or slowed reporting COVID-19 case and death data. These lapses in data could make it difficult for citizens, state officials, and federal policymakers to understand how lifted restrictions, vaccination efforts, or reinstated mask mandates are impacting this new phase of the virus.

Over the last month or so, several states have reduced the frequency at which they report. Most states are still reporting cases and deaths, but the frequency and type of reporting have changed from earlier in the pandemic. 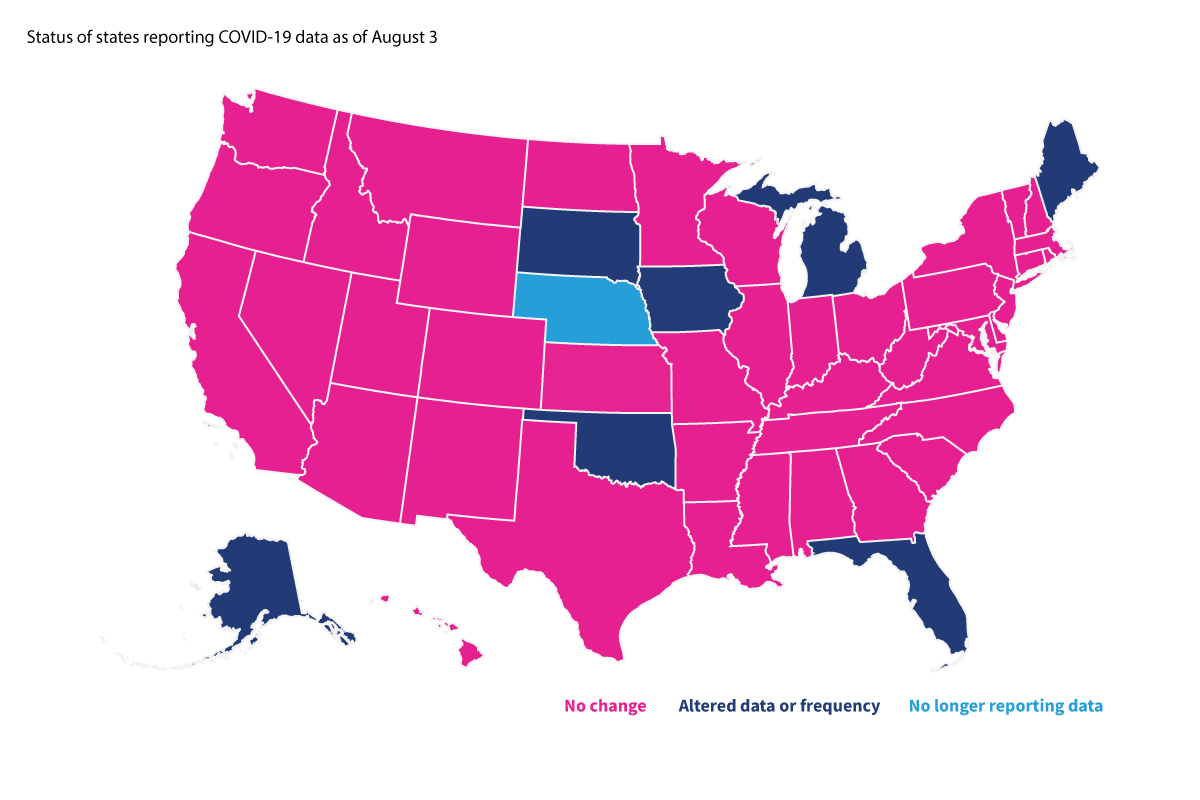 As of August 3, data reporting across the nation looks like this:

Uneven reporting in this ongoing pandemic makes for several challenges. For one, it’s more difficult to track hotspots. Plus, it’s hard for the nation to assess how it’s progressing (or regressing) as a whole. It also complicates data reporting for USAFacts and similar resources that collect and visualize data so Americans can make informed decisions. National counts from any given day are incomplete; overcoming these data issues requires increased reliance on seven-day totals and averages.

Throughout the pandemic, states hammered out methods for reporting. The systems are in place and people still need data. Funding and staffing could partially be behind this decline in reporting. Nebraska's reporting stopped around the time Governor Pete Ricketts declared the end of the COVID-19 state emergency on June 28. Twenty-six states are no longer under a state of emergency; many states ended their states of emergencies in June while Delaware ended its emergency on July 12. However, many of these states still report COVID-19 data every weekday. Americans deserve numbers to make informed decisions about health risks, work, school, and more. Discontinuing reporting systems means driving blind.

For much more data on the pandemic, from vaccination rates to economic recover indicators and more, visit the USAFacts COVID-19 Hub. See more on the spread of Delta and other coronavirus variants right here.