This month’s COVID-19 case and economic recovery data reveals how cases have grown in different parts of the country, the number of children who have contracted coronavirus, and economic indicators like consumer spending and employment.

One in every 172 Americans were found COVID-19 positive in July.

The United States recorded 1.9 million new COVID-19 cases in July, more than doubling the previous monthly high of 877,000 in April.

These rates increased as new hotspots recorded far more cases adjusted for population than the hotspots from early during the pandemic.

Children make up less than 9% of all known COVID-19 cases.

School years are restarting, and school districts are having to decide between providing virtual or in-person instruction.

So far, children have made up a small percentage of COVID-19 cases. At the end of July, the Centers for Disease Control and Prevention (CDC) updated a database that includes demographic information on 2.6 million known coronavirus cases. That represents about 58% of the 4.5 million cases recorded as of July 31.

Together, the nation's largest 20 metropolitan areas comprise 37.2% of the population and accounted for 46.7% of the known COVID-19 cases as of July 31.

Personal income increased since the pandemic began due to expanded government transfers.

June personal income data from the Bureau of Economic Advisers (BEA) shows that people made nearly 5% more than they did in January. The increase is due to income from government transfers. This includes an expansion of unemployment insurance that provided an additional $600 a week to anyone qualified for the benefit.

The expansion of unemployment insurance expired on July 31. The impact on personal income will likely show in the BEA’s data in the coming months.

At the same time, household spending was 8% below what it was at the beginning of the year, signaling that people chose to save instead of consume.

Change in household spending (since January)

Unemployment insurance claims are down, but 11% of the eligible workforce continues to receive benefits.

There were 17 million continuing unemployment insurance claims the week of July 18. That's 31.7% lower than the record 24.9 million people continuing to get benefits the week of May 9, according to Department of Labor.

The total new filings are much lower than the 6.9 million new claims in that last week of March. Still, the first week of August marked the 20th consecutive week of more than 1 million people filing for unemployment insurance.

While the number of people seeking or receiving unemployment claims has dropped, it’s also worth seeing what share of workers are receiving the payments.

Continuing claims dropped almost everywhere during this period. Only Texas and Washington, DC had increases, both up less than a percentage point. Tourism-heavy Nevada and Hawaii had respectively 25% and 20% of its eligible workers continue to receive unemployment insurance in July. Washington state, which in May had 30% of its workers receiving benefits, had 9.9% of its workers receive payments in July.

Weekly unemployment insurance claims are one of the most real-time indicators of how the economy is going. The coming weeks of data will be crucial to track, both after the expiration of the unemployment insurance expansion as well as the end of the federal government’s Paycheck Protection Program for businesses. 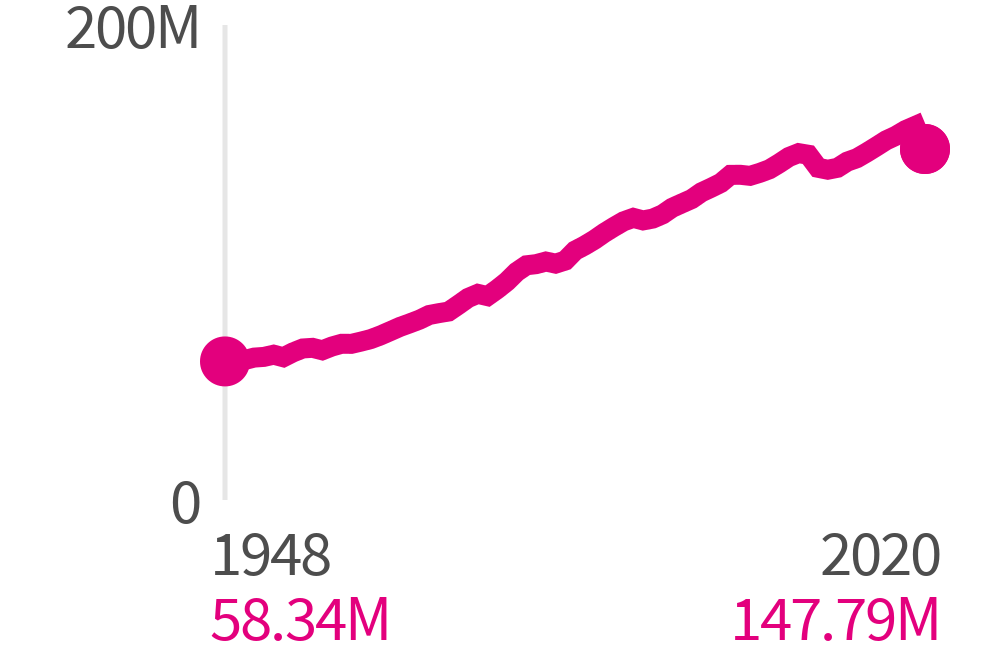