For most states, USAFacts directly collects the daily county-level cumulative totals of positive cases and deaths from a table, dashboard, or PDF on the state public health website. This data is compiled either through scraping or manual entry.

Because of the frequency with which we are currently updating this data, they may not reflect the exact numbers reported state and local government organizations or the news media. Numbers may also fluctuate as agencies update their own data. At present, USAFacts is working on ensuring this data uses the most up-to-date information possible.

Rhode Island’s public health website reports by town rather than the county, and we currently roll this up into counties. Rhode Island also doesn't report towns or counties with respect to its deaths, however, the state does periodically provide data on deaths in nursing homes, providing the location for those.

The Kansas state public health agency updates its data on Mondays, Wednesdays, and Fridays. The case and death counts for Kansas counties are compiled by consulting both the state data and county public health agency data, where available. If the two sources are not reporting the same values, the higher value is recorded.

Utah’s state government groups 22 of the state's 29 counties into one of six regional health agencies. Data for these individual counties is compiled from the six regional agencies.

Idaho's state health agency does not update its data on Sundays.

Cases not attributed to specific counties

The 21 cases confirmed on the Grand Princess cruise ship on March 5 and 6 are attributed to the state of California, but not to any counties.

USAFacts attempts to match each case with a county, but some cases counted at the state level are not allocated to counties due to lack of information.

We rely on daily government reports. Numbers reported each day fluctuate, some days will have lower reported numbers than the previous day. We've ref ined our process since beginning this project and revise older reported numbers to ensure the data doesn't show decreasing cases. The logic behind this is that the number of confirmed cases cannot decrease in a given geography.

States and counties release data at various points throughout the day, with some localities updating data multiple times daily or even continuously. For USAFacts' data to be as current as possible, we mostly collect data in the evening (Pacific Time). We generally update the data on our website by 9am PST.

Our entry process is partially manual but automated where possible. This data is continually validated and checked by the USAFacts team.

48% of Americans are feeling down, depressed, or hopeless during the COVID-19 pandemic 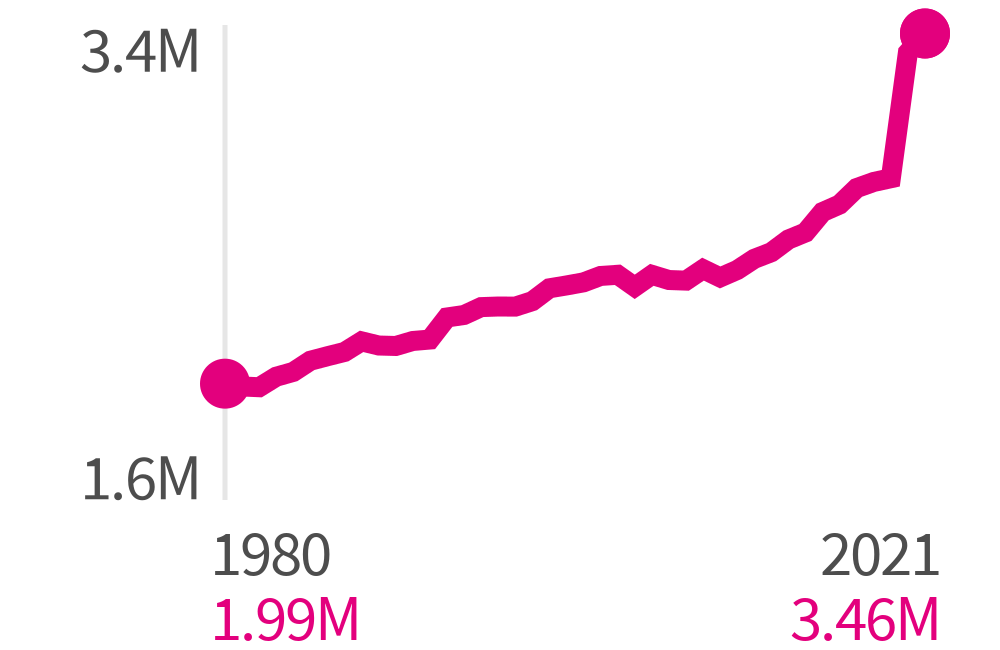