Antitrust investigations have declined since the 1970s

Antitrust investigations by the Department of Justice have declined, from a high of 593 investigations in 1971 to 100 in 2017. Since the earliest year of data available, there have been two periods of significant antitrust activities - the early 1970s and late 1990s.

Antitrust investigations by the Department of Justice have declined, from a high of 593 investigations in 1971 to 100 in 2017. Since the earliest year of data available, there have been two periods of significant antitrust activities - the early 1970s and late 1990s.

Antitrust actions in the United States are based on the idea that a competitive marketplace leads to the best results for consumers. Government actions limit concentration within industries to encourage competition and police other anti-competitive behavior. Examples of anti-competitive behavior include price fixing, where companies all agree to sell at a higher price and bid rigging, where competing companies agree who will win a bid in advance, allowing that company to charge a higher price.

Two agencies are responsible for prohibiting anti-competitive behaviors: the Federal Trade Commission (FTC) and the Department of Justice (DOJ). Investigations by the FTC are generally non-public and give companies the opportunity to resolve non-criminal violations. The Department of Justice is responsible for prosecuting all potentially criminal violations.

The two agencies also maintain some industry specialties - the FTC tends to handle cases in industries with high consumer spending, such as healthcare, food, personal computing, and internet, whereas the DOJ always handles cases in industries that tend toward natural monopolies, such as telecommunications, banks, railroads, and airlines.

Mergers in the United States

USAFacts is working to compile DOJ cases filed to increase the data available on antitrust activities in the US. The data is being cleaned and structured for publishing. In the meantime, it is currently available in a GitHub repository. 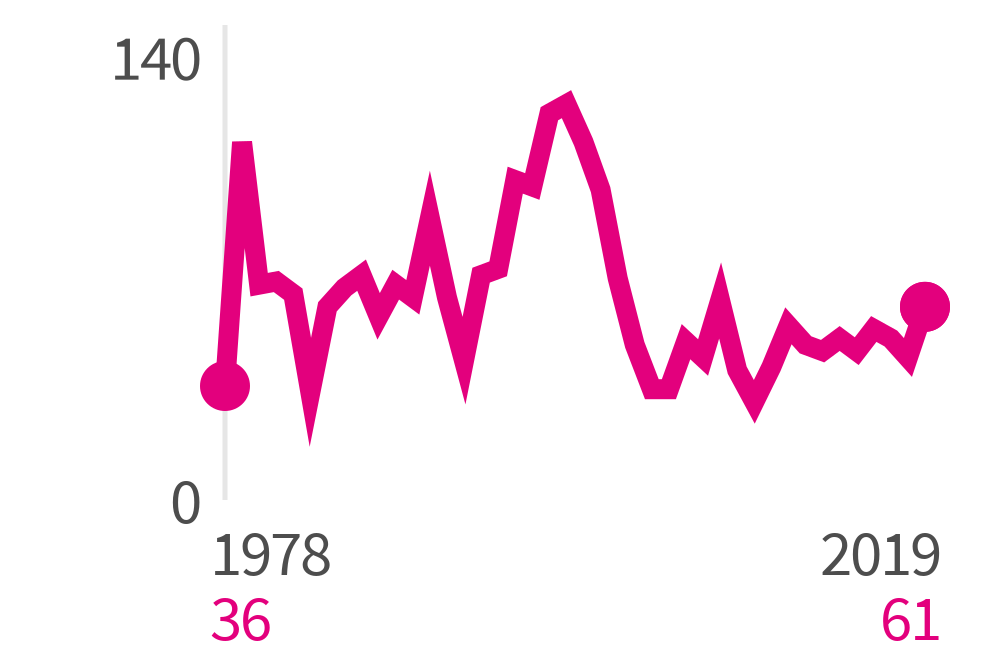