Since its creation, EEOC has come to enforce laws related to multiple other types of discrimination, including age, disabilities, and genetic information. None of its underlying statutes address sexual orientation explicitly, but after 2013, the agency has considered LGBTQ-based sex discrimination as a part of a broader sex discrimination category.

The Supreme Court is slated to hear multiple cases about workplace discrimination on Oct. 8.

At the heart of the cases is whether longstanding federal employment law protects workers from discrimination based on their sexual orientation or gender identity.

The Equal Employment Opportunity Commission (EEOC) was created after the passage of the Civil Rights Act of 1964. The EEOC’s mandate is based on Title VII of the act, which prohibits employment discrimination based on race, color, religion, sex, and national origin.

Since its creation, EEOC has come to enforce laws related to multiple other types of discrimination, including age, disabilities, and genetic information. None of the commission’s underlying statutes address sexual orientation explicitly. Since 2013, however, the agency has considered LGBTQ-based sex discrimination as part of a broader sex discrimination category.

LGBTQ cases filed with the EEOC have grown since 2014. Employees involved in Bostock v. Clayton County+ and GA, Altitude Express Inc. v. Zarda are explicitly seeking to include sexual orientation as a part of the employment discrimination protections given “because of … sex.” Another case, R.G. & G.R. Harris Funeral Homes Inc. v. EEOC addresses the question of whether transgender status is covered by existing law.

These cases come as LGBTQ-related cases have been increasing. Between 2014 (the first full fiscal year EEOC has LGBTQ-related data) and 2018, LGBTQ cases filed increased 64% from 1,100 to 1,811. While LGBTQ cases have risen, other sex-based filings — and EEOC cases overall — have decreased. Sex-based discrimination cases fell 15% from 2011 to 2018. Charges filed with the EEOC overall fell 24% from fiscal year 2010 to fiscal year 2018, or from 72 down to 49 per 100,000 people employed. Sex-based discrimination is the fourth most prevalent basis of EEOC filings, following retaliation (of all motivations), race, and disability status. 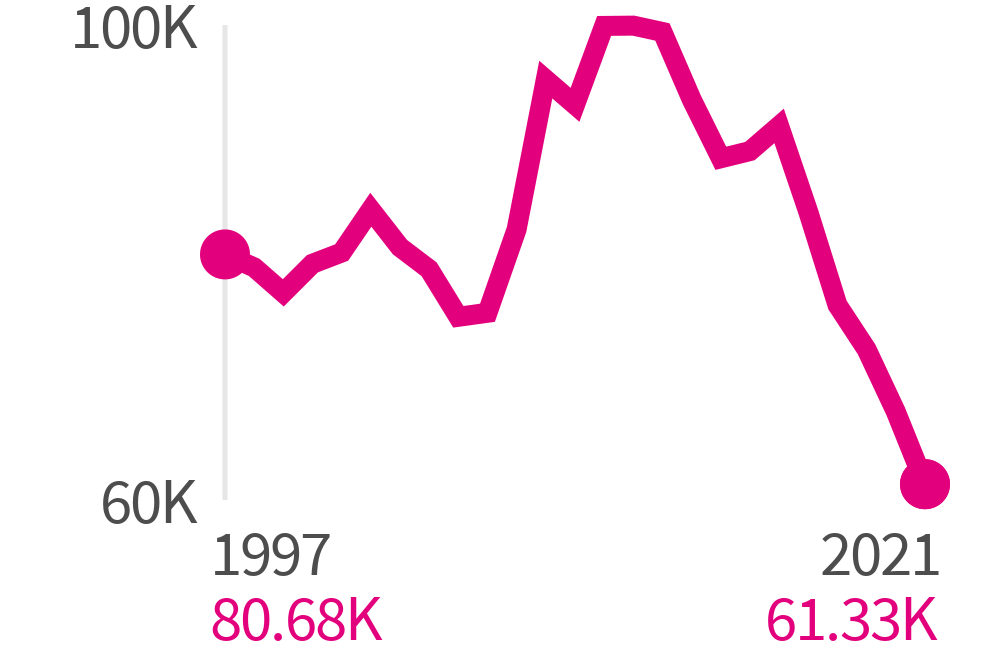