America has grown wealthier since the Great Recession. But that growth has been uneven.

However, growth varies across income brackets and is amassed through different investment means depending on one’s income.

The latest data from the Census Bureau shows that median household wealth in the United States was $94,670 in 2016. American household wealth—the value of assets subtracted by the liabilities and debts owed—has increased largely in the form of equity, mutual funds, and similar investments since the bottom of the Great Recession. These asset types tend to be held by higher income groups. In contrast, the value of real estate holdings, which are the largest segment of household wealth and tend to be held by lower income groups, has yet to return to pre-recession value.

Note: The Federal Reserve doesn’t provide the dollar figures that separate income brackets from one another, though USAFacts has done such analysis using IRS data.

Federal Reserve data shows that those in higher income brackets possess more wealth. Another one of its breakdowns, separating households by the wealth they already possess, shows that most of the wealth growth since the recession has occurred in higher wealth brackets. Both Warren’s and Sanders’ plans seek to look at household wealth levels for their wealth taxes.

The bottom 50% of wealth holders saw their total wealth double from $976 billion during the recession to $2 trillion in 2019. But the top 1% of wealthiest households saw their wealth nearly double as well, from $18 trillion to $34.7 trillion. That’s about 32% of all household wealth in 2019. The increase in wealth for the top 1% accounts for 42% of total wealth growth since the recession.

Since the recession, the makeup of household assets, one part of the wealth equation, has changed. The Federal Reserve divides assets into six categories: real estate, pensions, corporate equity and mutual funds, consumer goods, private businesses, and everything else.

All of those categories have seen their total value increase since the recession, most notably equity and mutual funds, which has more than tripled from $8.2 trillion to $25.5 trillion.

While equity has seen its share of household wealth double to 20% since the recession, real estate remains the largest segment of household wealth (24%), followed by pensions (22%). Both of those categories saw smaller growth than equity and mutual funds.

This varied growth affected the income groups in different ways.

The top 1% of income earners benefitted the most from this spike, seeing their total net worth more than double since the recession from $13.1 trillion to $27.2 trillion. More than $8 trillion of that growth could be attributed to equity and mutual funds.

The bottom 20% of income earners saw their wealth shrink from a total of $3.8 trillion in early 2009 to $2.9 trillion as of mid-2019. The group saw values fall across all asset categories except pensions.

The 12% drop in real estate value for the bottom 20% of income earners is the most notable decline as it makes up about 45% of all of the group’s assets.

When looked at as a group, American households are worth more than they were during the Great Recession. However, with growth strongest in investments held by higher income groups, like mutual funds, and weaker for investments held by lower-income groups, like mortgages, this growth has not benefitted households equally. While the wealth of the top 40% of income earners has increased, the bottom 60% has stagnated, with wealth falling for the lowest 20% of income-earners.

Federal Reserve Distributional Financial Accounts: This data is updated on a quarterly basis and also breaks down data beyond income groups, including education levels, age, generation, and race.

US Census Bureau: Net Worth of Households: 2016 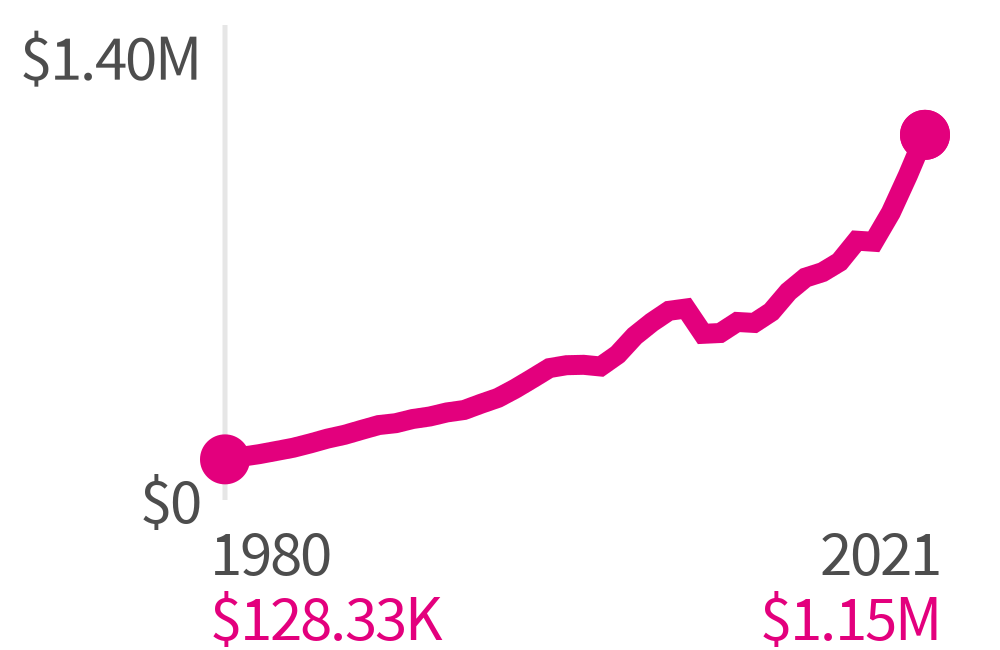 Household net worth (per household)