TSA screenings hit record low as fewer than 100,000 go through checkpoints in a single day

There were 95% fewer people going through airport security than on the same day last year.

During the first week of April, the number of people passing through Transportation Security Administration (TSA) checkpoints was just 5% of the amount going through airport security in the same period last year.

This data illustrates the decline of air travel during the COVID-19 pandemic. Through the first seven days of April, an average of 119,000 people were processed daily by TSA security. Last year, that figure was 2.3 million.

On Tuesday, April 7, just 97,130 people went through TSA security, down from 2,091,056 from the same Tuesday the previous year. The agency, created two months after the Sept. 11, 2001 attacks, is responsible for security at nearly 440 airports. On average, the Federal Aviation Administration handles more than 44,000 flights carrying 2.7 million passengers.

The federal government began restricting international travel on January 31, starting with China before expanding to Iran and much of Europe. On March 19, the Department of State issued a global health advisory telling Americans to avoid all international travel. Airlines canceled a large percentage of their flights as a result of the COVID-19 outbreak. Government data on the March decline in flights will be available in May.

The $2 trillion Coronavirus Aid, Relief and Economic Security (CARES) Act, passed in late March, includes $50 billion in loans for passenger airline companies. Collectively, passenger airlines in the United States employed 754,000 people as of February, according to the Bureau of Transportation Statistics.

A wide range of government metrics concerning COVID-19’s impact on American life—from health data to transportation data to economic data—will be available in the coming months.

The best and worst airports for flight delays, according to government data 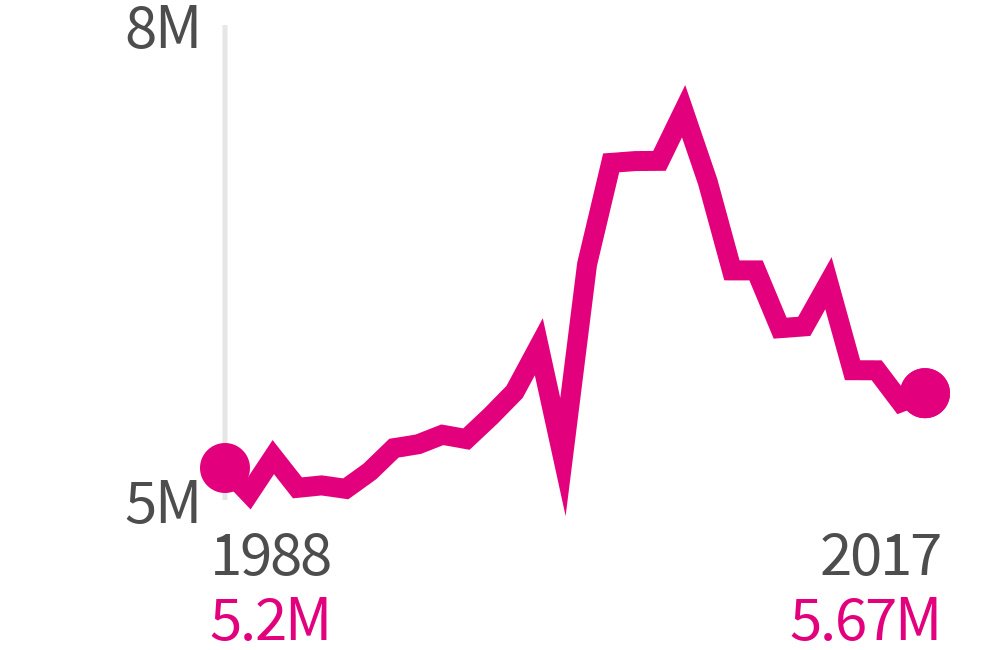