The meat industry is a $103B-a-year industry — how will COVID-19 affect these numbers?

According to data from the Bureau of Labor Statistics (BLS), about 527,000 people were employed by the animal slaughtering and processing industry in May 2019.

The meat processing industry is grappling with its own COVID-19 outbreak. According to the Centers for Disease Control and Prevention (CDC), workers in at least 115 meat and poultry processing plants in 19 states were diagnosed with coronavirus. As of May 8, there were 4,913 cases and 20 deaths in these plants, which employ 130,000 people.

Last year, the United States produced 105 billion pounds of meat. That's the equivalent of 320 pounds of poultry, pork, and beef for every US resident. Between cattle, pork, and poultry, there was $102 billion worth of American meat sold.

Who works in the meat industry?

According to data from the BLS, about 527,000 people were employed by the animal slaughtering and processing industry in May 2019.

Of those, 324,000 were production workers, which includes people directly involved with meat processing.

Meat producers tend to earn an average hourly wage of $15.20 compared with the $19.51 average across the entire manufacturing sector.

According to the BLS data, there were 73,390 slaughterers and meatpackers (those in the industry working directly with the meat) across the country.

Five states—Texas, North Carolina, Georgia, Minnesota, and Iowa—account for 38% of the nation’s slaughterers and meatpackers. 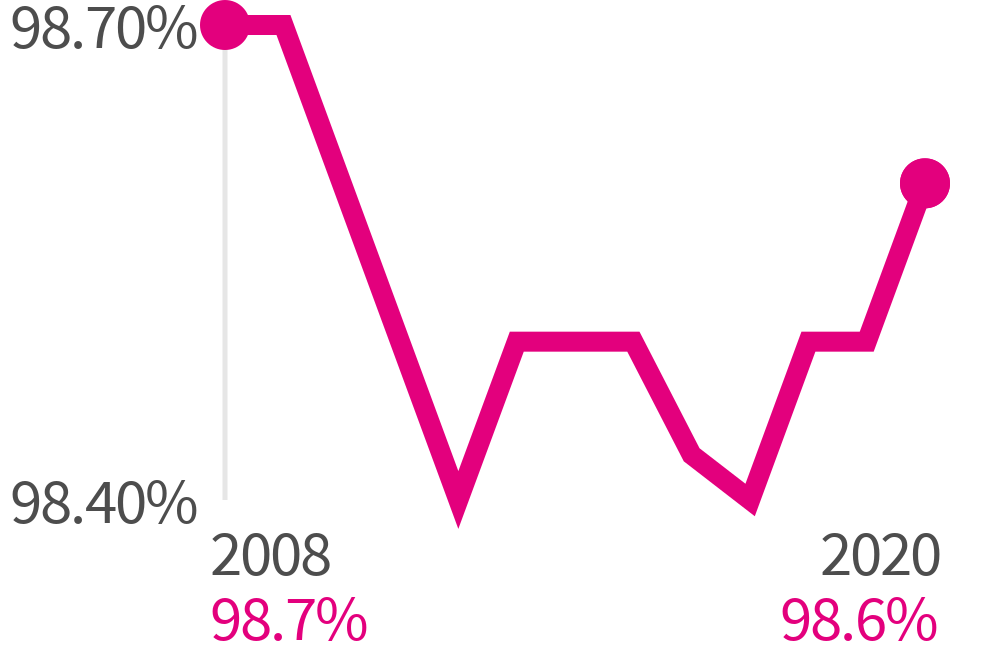