Here’s a breakdown of how the federal government has played a role in aiding the nation’s farms through subsidies such as direct payments, crop insurance, and loans.

Since the Great Depression, the federal government has played a role in aiding the nation’s farms through subsidies, including direct payments, crop insurance, and loans.

The amount issued and the means by which farmers received aid have differed throughout the years. A program recently announced by President Trump in response to tariffs issued by China could total as high as $16 billion and could be one of the highest-priced farm subsidy programs in federal history.

Government payments as a part of net farm income

At the center of many of these programs are two arms of the US Department of Agriculture: The Commodity Credit Corporation (CCC) and the Federal Crop Insurance Corporation (FCIC). The CCC aids farms and takes measures to control the prices of commodities. The FCIC works with private insurers to run the nation’s crop insurance system. Both came out of the Great Depression.

Both are also considered mandatory spending in terms of federal budget purposes, meaning their budgets are handled largely outside of the congressional appropriations process. The CCC can borrow up to $30 billion from the US Treasury for its programs that include its long-term programs created through legislation such as farm bills as well as the “Market Facilitation Program” in response to the US-China tariffs. Appropriations are used to recoup losses the CCC incurs, allowing it to maintain its borrowing ability from the Treasury.

Between 1996 and 2014, the CCC had a direct payment program for farms regardless of how much of a crop is produced. The 2014 farm bill changed how the CCC provided its subsidies, repealing a direct payment system that was based on historical yields but didn’t consider if the producer actually had losses in a given year. The 2014 bill required farmers of a set of crops to choose between two types of subsidy payments: Agriculture Risk Coverage (ARC), where payments are based on a commodity’s yield and potential revenue losses, or Price Loss Coverage (PLC), where payments are made to protect against price decreases. The two programs accounted for 60.8% of CCC’s government payments in 2017. (Conservation programs accounted for about a third.)

The CCC also provides loans known as marketing assistance loans (MAL) that allow producers to use their commodities as collateral. In some cases, producers may repay their loan at less than the loan principal, known as marketing loan gains (MLG), while others who qualify for a loan and choose not to take one may receive direct payments, or loan deficiency payments (LDP). These two programs are limited to producers making less than $900,000. In 2017, the CCC gave out a net total of $11.9 million of these types of payments, though it gave out $10.4 billion in 2000.

FCIC crop insurance by the numbers (in 2017 dollars)

How subsidies differ by crop 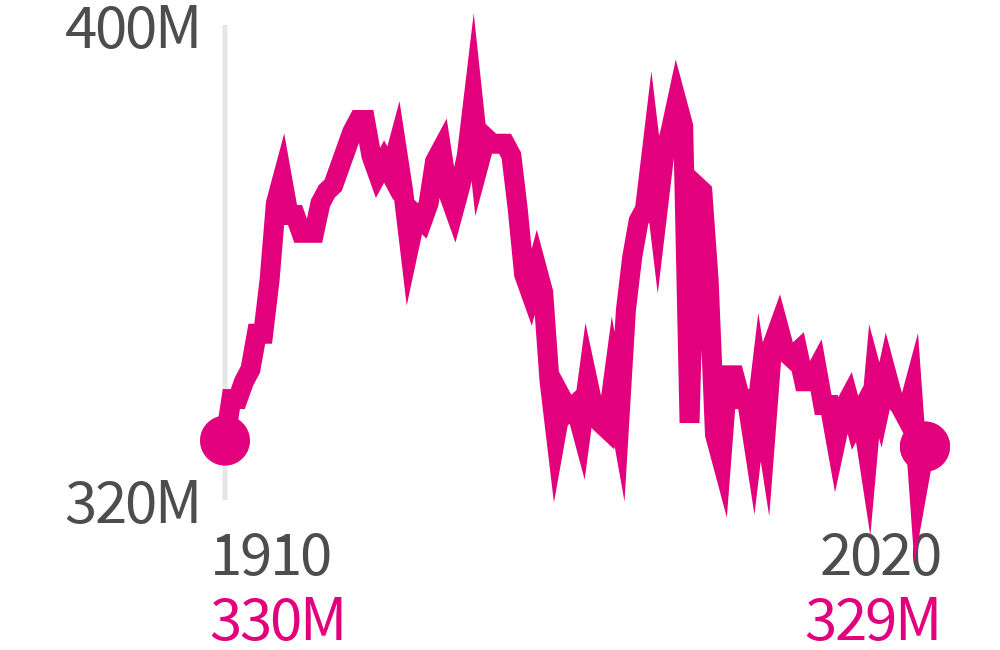 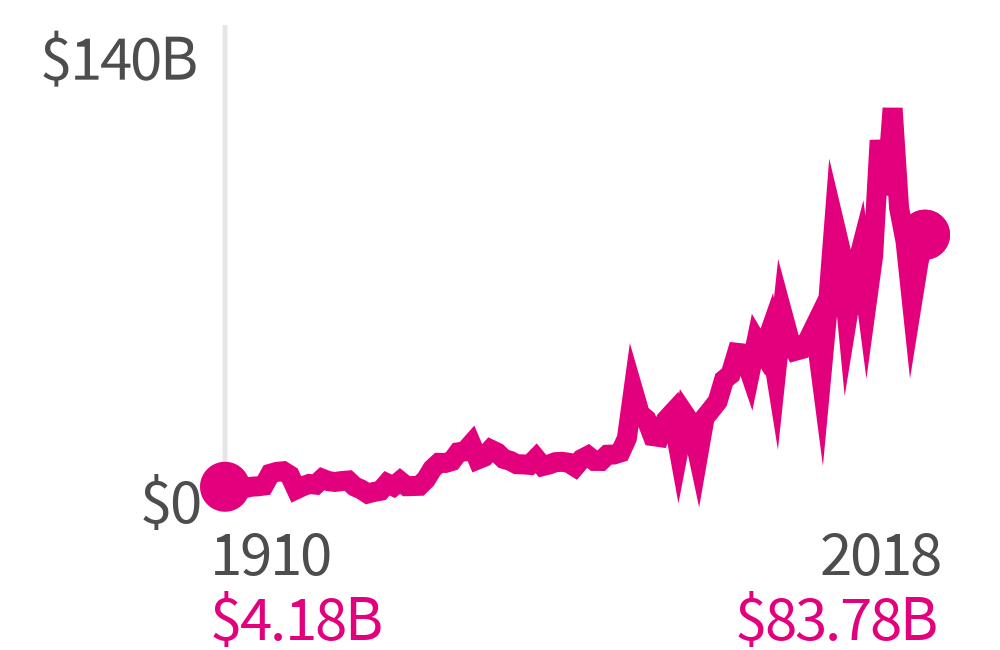