In a time of record exports and imports, who is the US trading with and how does it affect states?

US trade policy has been a significant issue during the Trump presidency, especially with China, Canada and Mexico. Here's where trade stood before recent pacts were signed.

Last month, the president signed the United States-Mexico-Canada Agreement. He also made a trade pact that calls on China to import $200 billion more worth of goods and services from the US while preserving tariffs implemented in 2019.

Any effect from the deals will come after a period of increased international trade. The United States is exporting and importing more now than ever, according to data from the Bureau of Economic Analysis (BEA) and the US Census Bureau.

The nine most recent quarters for which data is available (July 2017 to September 2019) rank as the highest volume quarters for both imports and exports in American history. Import growth is outpacing export growth; however, the trade deficit remains well below the record 2006 deficit of more than $1 trillion (adjusted to 2019 dollars).

In 2019, the United States exported $1.6 trillion in goods, up 6% or $95 billion from 2016, the year before President Trump took office. Over the same period, total imports increased 7% or $162 billion between 2016 ($2.3 trillion) and 2019 ($2.5 trillion). Despite these national increases in both exports and imports, trade volume with a given country varies by state. Recent trade conflicts have impacted states differently.

In two states, Utah and Texas, total exports grew more than 34% during this period. On the other end of the spectrum is Washington state, where exports decreased 29% from $85 billion to $60.1 billion. Washington's primary export is airplanes built by Boeing Co., which has been dealing with the fallout from two fatal crashes involving its 737 MAX jetliner.

Imports grew in all but eight states during this period. While New Mexico had the highest percentage growth with imports increasing by 82%, Texas and Illinois had the highest total import growth with $50 billion and $34 billion, respectively. California, which imports more than any state, had a 7% decrease, or $30 billion, in imports during this period.

How is trade changing between the US and other countries?

Comparing BEA data from the first nine months of 2019 to the same period of 2018, exports (including all goods, services, and income payments) to China fell 9%. Imports from China fell by 13%. Despite decreasing trade activity, China remains the United States' third-largest sovereign trade partner, making up 5% of all exports and 12% of all imports during the first three quarters of 2019.

The Census Bureau's trade data, which only includes the trade of goods, and not services or income, shows a $29.1 billion drop in exports to China during 2019 compared with a high of $135.8 billion in 2017. Aircrafts, vehicles, oil and petroleum products, and soybean exports to China each dropped by more than billion dollars during this time. While trade with China dropped, trade with other major partners including the European Union (EU), Canada, and Mexico increased.

The History of the US trade balance

The last time the nation had a trade surplus (meaning it exported more goods, services, and income to the rest of the world than it imported) was in 1991. According to the BEA, there was a $5.5 billion surplus (in 2019 dollars) that year. By 2018, the annual trade deficit had risen $501.2 billion.

As the United States settles its trade conflict with China, it's also enacting a new pact with Mexico and Canada. It's important to note that trade with a single country is part of a broader economic picture involving trillions of dollars in goods worldwide. Government data helps us understand how international trade is evolving and how that evolution affects each state.

Sources & Footnotes
Bureau of Economic Analysis
International Transactions, International Services, and International Investment Position Tables
Last updated
US Census Bureau
USA Trade Online
Last updated
Note
Bureau of Economic Analysis: The agency tracks imports and exports that include goods, services, and income payments. Comprehensive data is released quarterly. BEA's data does not break down to the state level.
Note
US Census Bureau: This data only includes goods and is available at the state level. Data is released on a monthly basis. 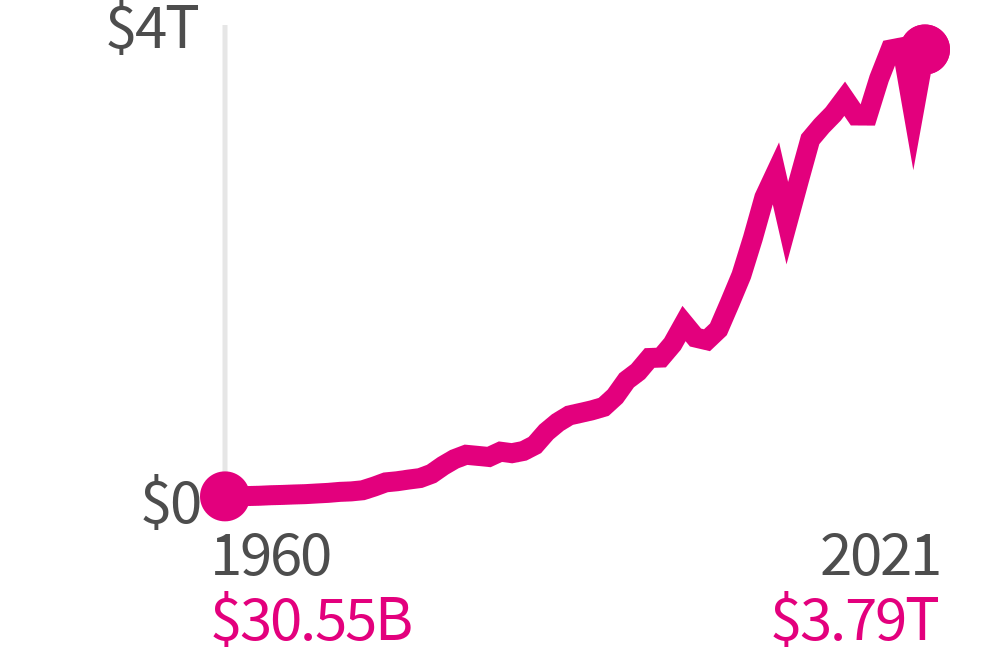 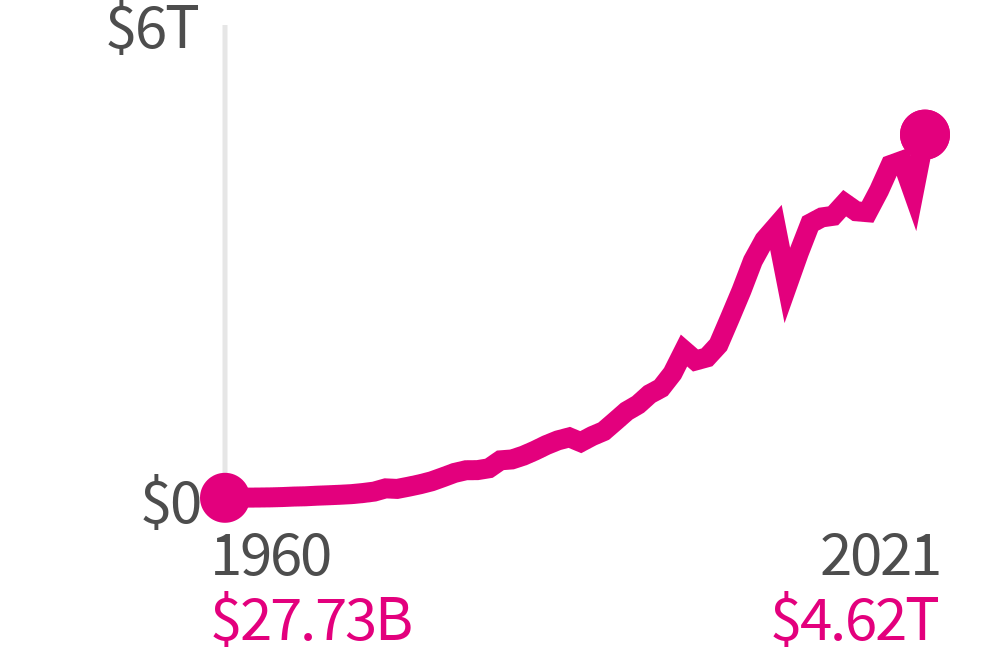