Coronavirus and college football: what might this mean for colleges’ bottom lines?

For most schools, athletics constitute a small portion of revenue. But in the Power Five Conferences—ACC, Big Ten, Big 12, Pac-12, and SEC—football represents a larger portion of institution revenue.

Coronavirus has changed many aspects of American life, and now it is altering college football. Leagues like the Big Ten and the Pac-12 originally postponed their fall seasons, while other leagues plan to continue on, such as the Southeastern Conference (SEC), the Atlantic Coast Conference (ACC), and the Big 12. On September 16, the Big Ten reversed its decision to sit out the season and will instead start on October 23. This decision affects more than just the players and fans: for many colleges and college towns, the loss of football means more than just a lost community activity—it may mean the loss of tens of millions of dollars.

How important are athletics for revenue for most schools?

According to data from the Department of Education, college athletics generally don’t make up a large portion of revenue for most public institutions. Sales and service of auxiliary enterprises, which includes revenue from residence halls, food services, and college stores in addition to college athletics, only made up about 8% of all institution revenue in the 2017-18 school year at four-year institutions.

How profitable can college football be?

The Department of Education provides a dataset called the Equity in Athletics Data Analysis, detailing financial data on college athletics at 2,074 institutions across the country. This sample of institutions covers colleges with the largest athletic departments and over half of all post-secondary institutions in the nation.

Schools rarely lose money on football. Only 43 of the 2,074 schools reported a net loss in their college football programs in the 2017-2018 school year.

The most profitable football program in the 2017-18 school year was that of the University of Texas at Austin, which reported $102 million in profit from its program. For the 64 colleges in the Power Five conferences—ACC, Big Ten, Big 12, Pac-12, and SEC—football programs provide an average of $27.8 million in profit. In total, these schools brought in nearly $4 billion in revenue.

How much more profitable is football than other sports?

How does money from college football compare to overall institution revenue?

While athletics may constitute a small portion of revenue for most college institutions, college football profits stack up more seriously in comparison to overall institution revenue. At Texas Christian University, total revenue from football in the 2017-18 school year was $65.4 million, which is nearly 10% of the institution's $684 million overall revenue that same year. Six of the 10 schools where football revenue is equivalent to the largest portion of overall institution revenue are in the SEC, one of the leagues still planning to continue with football this fall. On average, football program revenue is equivalent to an average of 3.5% of all institution revenue at the 64 Power Five schools. It should be noted that revenues from college football may be spent on a variety of programs at the university, ranging from improved resources for the football program or other athletic programs to more comprehensive university-wide programs.

Considering all the illness, job loss, and death that COVID-19 has brought, college football may not be the greatest area of concern. However, for schools with large football programs, the loss of football may constitute yet another significant change to both revenue and expenses on top of other changes in room and board, food services, and more endangering the financial future of some colleges. Postponed and canceled fall seasons are likely to also have effects beyond the college campus and may mean lost revenue for college town businesses and other vendors.

How did the US reach $1.6 trillion in student debt? 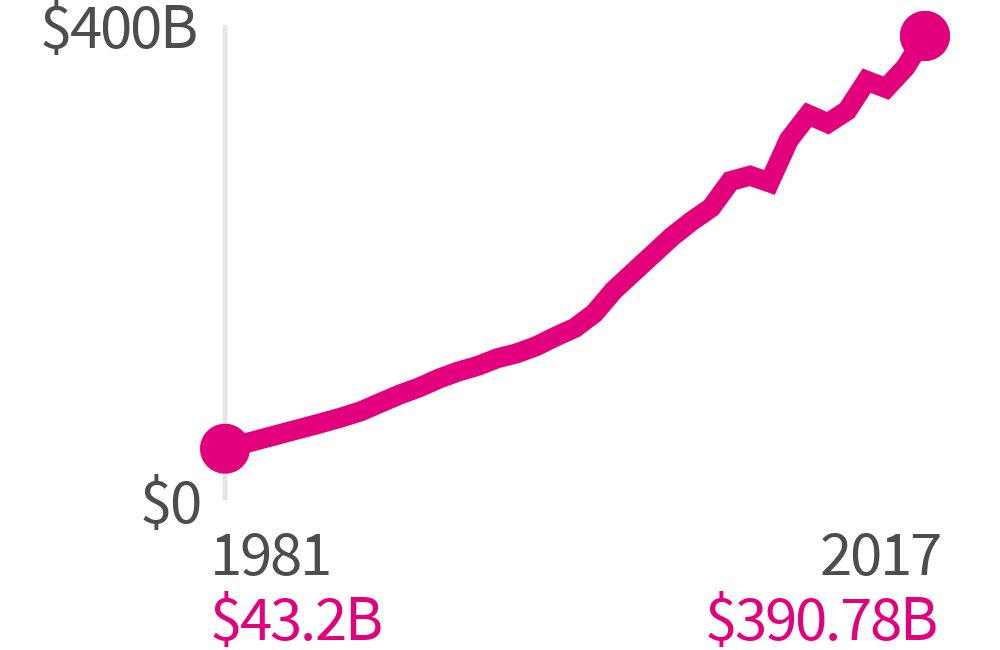 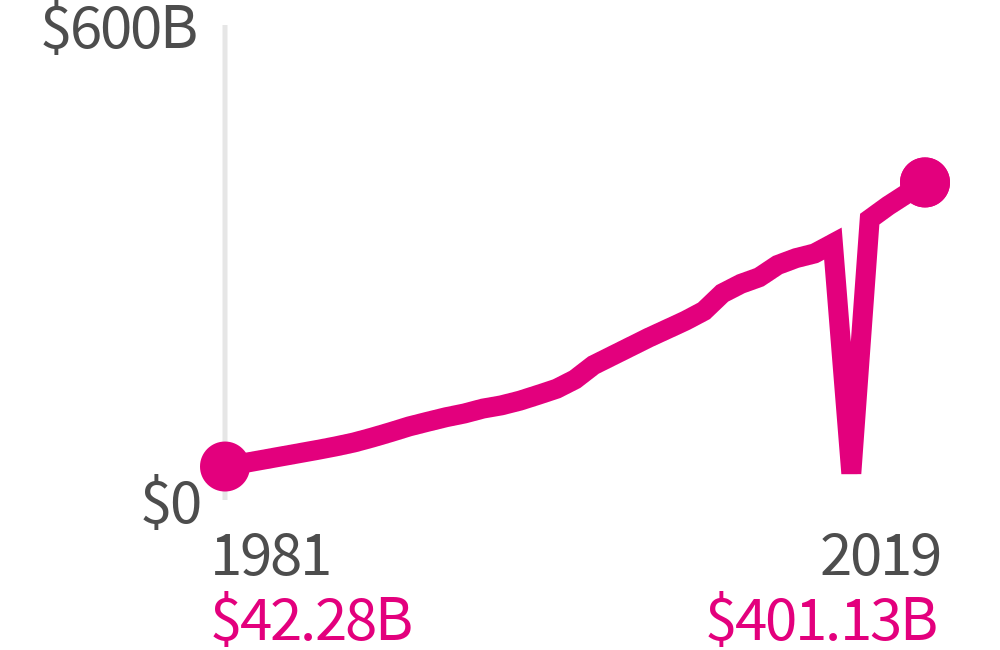 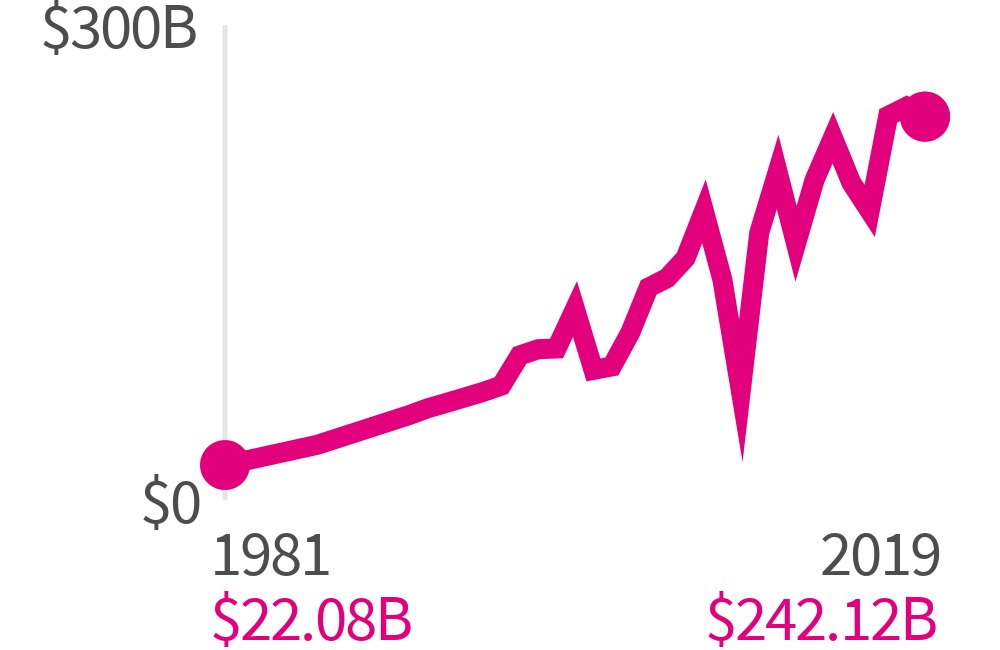