As the year draws to a close, it’s natural to be retrospective. But with so many measures of the American economy, what’s the best way to take stock of 2019?

When the White House Council of Economic Advisers reviews the past year in the US economy, it often focuses on gross domestic product. Gross domestic product, or GDP, is the most common measure for the growth of the economy. It represents the value of all final goods and services (i.e. not intermediate goods, like a sheet of metal sold to an auto manufacturer) produced and sold in the US within a period of time, typically measured for either a quarter or a year.

Real GDP, which is inflation-adjusted GDP and is typically used for measuring growth, grew between 2 and 3% for each of the three quarters so far in 2019, which is roughly the average rate of growth for the past three years. As of the third quarter of 2019, real GDP reached $19.1 trillion, or $58,000 per person. The largest industries contributing to GDP were real estate (13.4% of GDP), professional and business services (12.8%), government (12.3%), and manufacturing (11.0%).

However, some industries have recovered from the recession more slowly than others. For example, as we wrote about in a piece on the retail industry, the retail industry has grown slower than the economy overall, save for auto dealerships and non-store retailers, such as Amazon.

The unemployment rate returned to 3.5% in November, a 50-year low (though also last seen in September). Other measures of employment, such as the number of involuntarily part-time workers, are also at their lowest levels in over a decade.

The workforce grew slightly. Labor force participation, or the proportion of the working-age population currently employed or seeking employment, inched above 63% after sitting below that for several post-recession years. However, according to data from the Bureau of Labor Statistics (BLS), labor force participation is still below its pre-recession levels of 66% or higher (BLS).

One might assume the decline in youth labor force participation is a result of more young adults pursuing education instead of employment. However, according to a report from the St. Louis Federal Reserve, the largest declines in participation were among those with the least education, such as those with less than a high school diploma.

Overall, the economy is on track to have approximately 2 million more people in non-farm jobs than at the end of last year. The health care sector is currently the nation’s largest employer, with more than 20 million employed as of November. The health care and social assistance sector added 567,000 jobs to the economy between November 2018 and November 2019. Jobs were also added in the leisure and hospitality sector (420,000 jobs added) and the professional and business services sector (417,000 jobs added). Industries like retail trade and mining, however, lost jobs (31,000 jobs and 9,000 jobs).

The Census Bureau provides estimates of Americans’ earnings. According to the most recent Census data released in September, the median household income rose from $62,626 in 2017 to $63,179 in 2018 adjusted for inflation, and the official poverty rate fell from 12.3% to 11.8%.

While median wages may have stagnated in some professions, fewer workers are making the federal minimum wage or less as more states and municipalities implement minimum wage laws above the nationwide level of $7.25 per hour, a wage that has not changed since 2010. As we discussed in a piece on the minimum wage in America, there were 1.7 million workers (or 2% of all hourly workers) in 2018 who earned wages at or below the federal minimum.

The net worth of American households grew 58% from the recession low of $68 trillion ($577,000 per household) in the first quarter of 2009, to $107 trillion ($881,000 per household) in the second quarter of 2019, based on inflation-adjusted data from the Federal Reserve. However, as we described in a piece on the wealth distribution, data from the Federal Reserve shows that the top 1% holds 25.4% of all wealth (assets minus liabilities and debts owed). That’s the greatest proportion the top 1% has held since the dataset was created in 1989.

Trade and Markets: Rising markets despite fluctuations in trade

Trade tensions between the US and China led to increased public attention on international trade. Earlier this year we published a piece examining our trade with China and its role as the largest contributor to our trade deficit. According to the most recent data published from the Bureau of Economic Analysis, the October trade deficit in goods and services was $47 billion, and the cumulative trade deficit from January to October is higher in 2019 than it was in 2018. The trade balance with China, however, has decreased by nearly $10 billion since this time last year.

Despite fluctuations in our trade balance, most stock indexes hit all-time highs in 2019. The S&P 500 broke 3,000 in July, and the Dow Jones Industrial Average broke 28,000 in November.

By most methods for measuring the strength of the US economy—GDP, employment, income, wealth, and markets—the economy is stronger than in many other years. However, some of the gains from this strong economy are not distributed equally. There is disparity in wage increases across occupations, plus in the distribution of wealth increasingly controlled by the top 20% of Americans.

Minimum wage in America: How many people are earning $7.25 an hour? 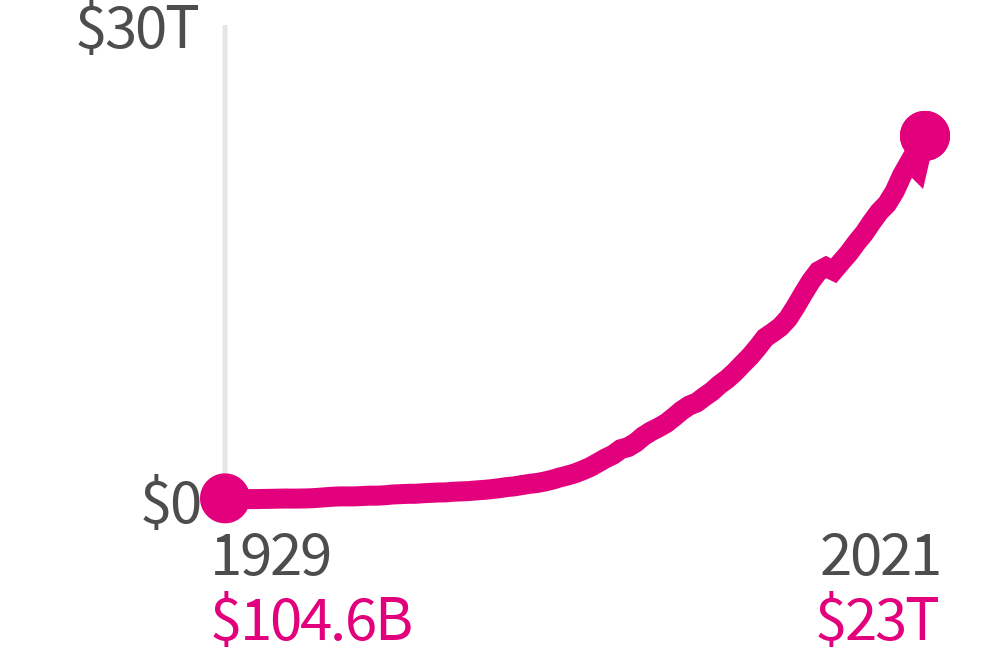 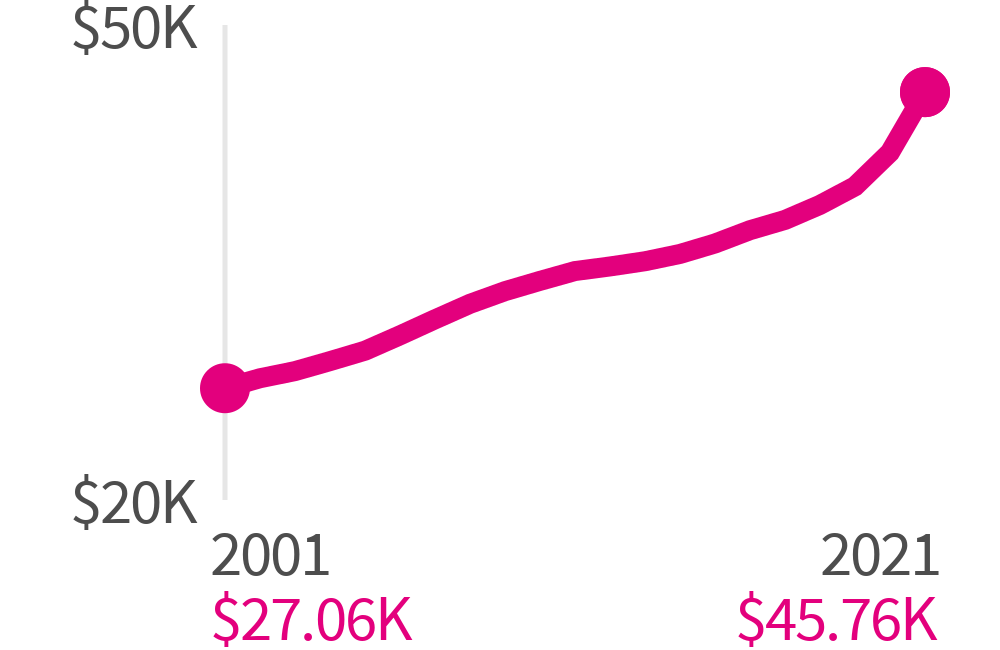