Nearly 40 million Americans identified as Black or African American in 2020.

More than 12% of the American population identified as Black or African American in 2020. Data from five government entities shows that, on average, Black Americans are more likely to be in a union than the general US population, voted at higher rates in 2020 than in 2016, make up a greater share of Congress than ever before.

Here are 10 facts for a data snapshot of this US population. 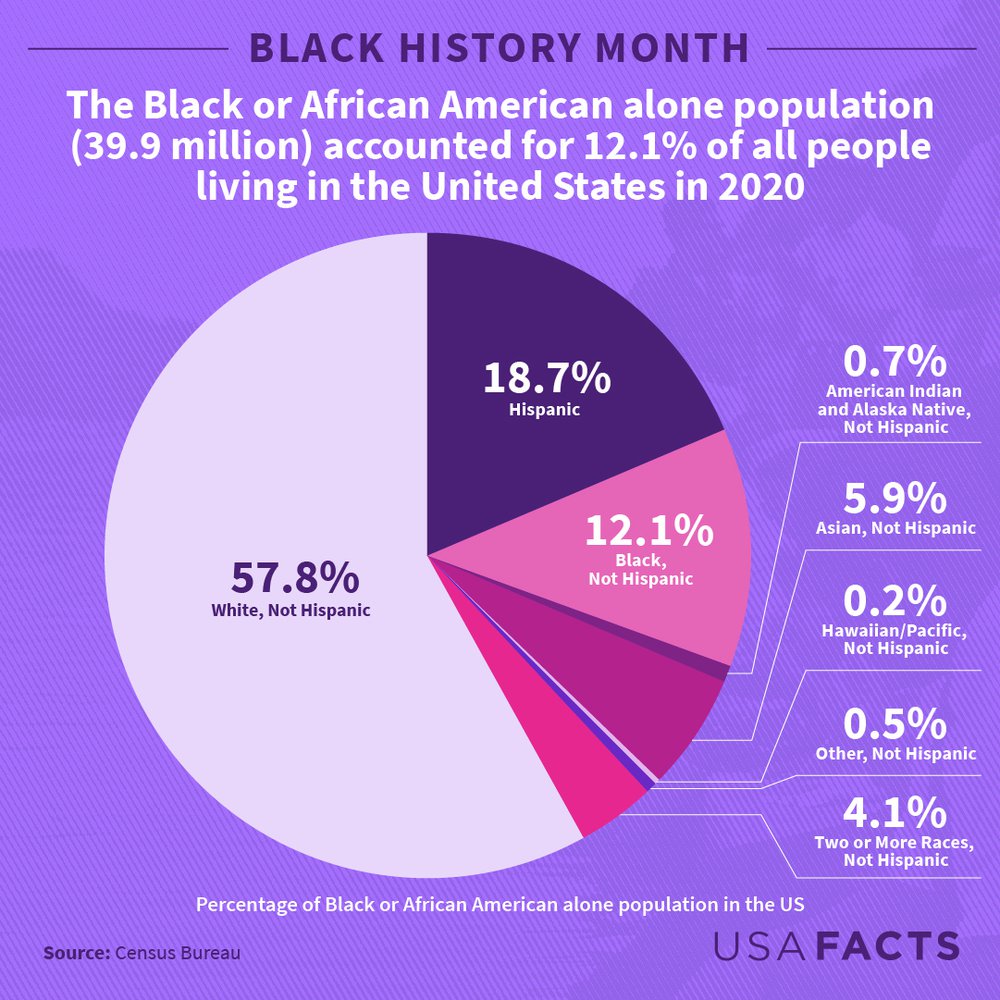 2. People identifying solely as Black or African American were 11.9% of the veteran population between 2015–2019. They were the second-largest racial group of veterans after white Americans. Another 2% of veterans identified as two or more races. 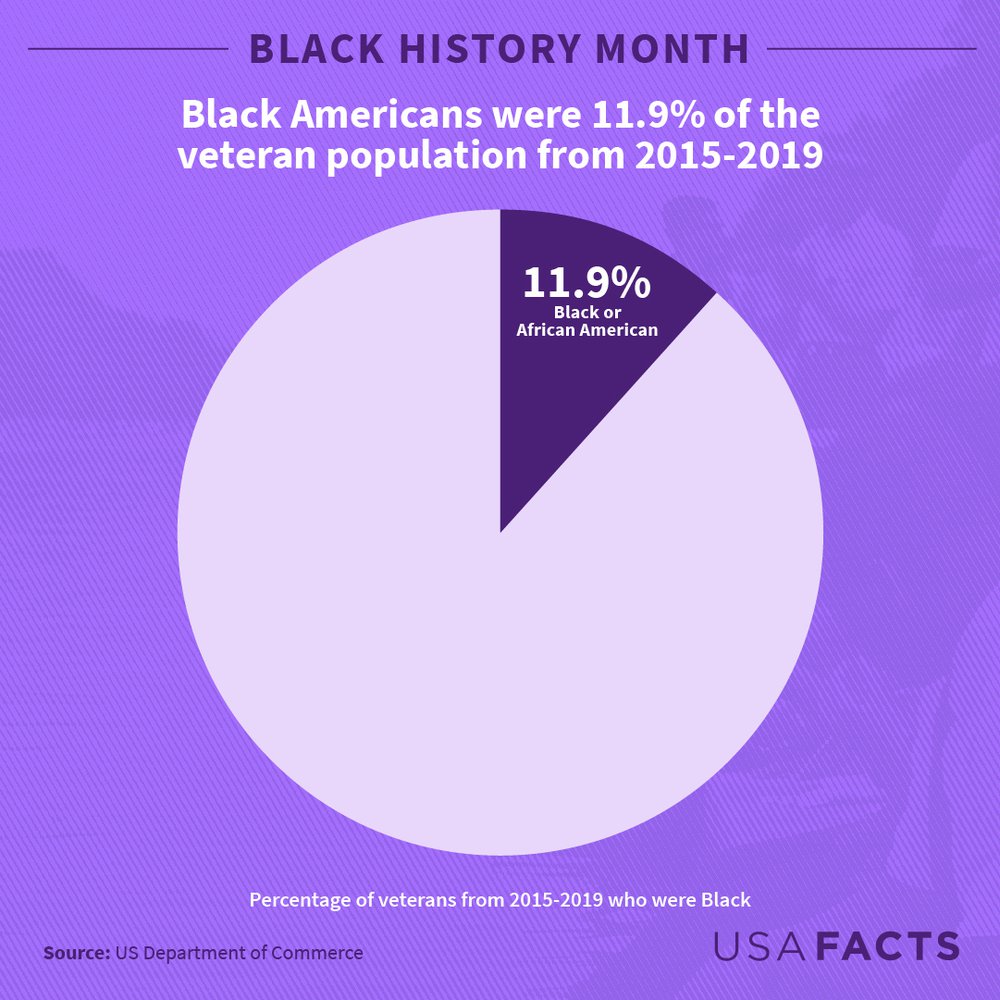 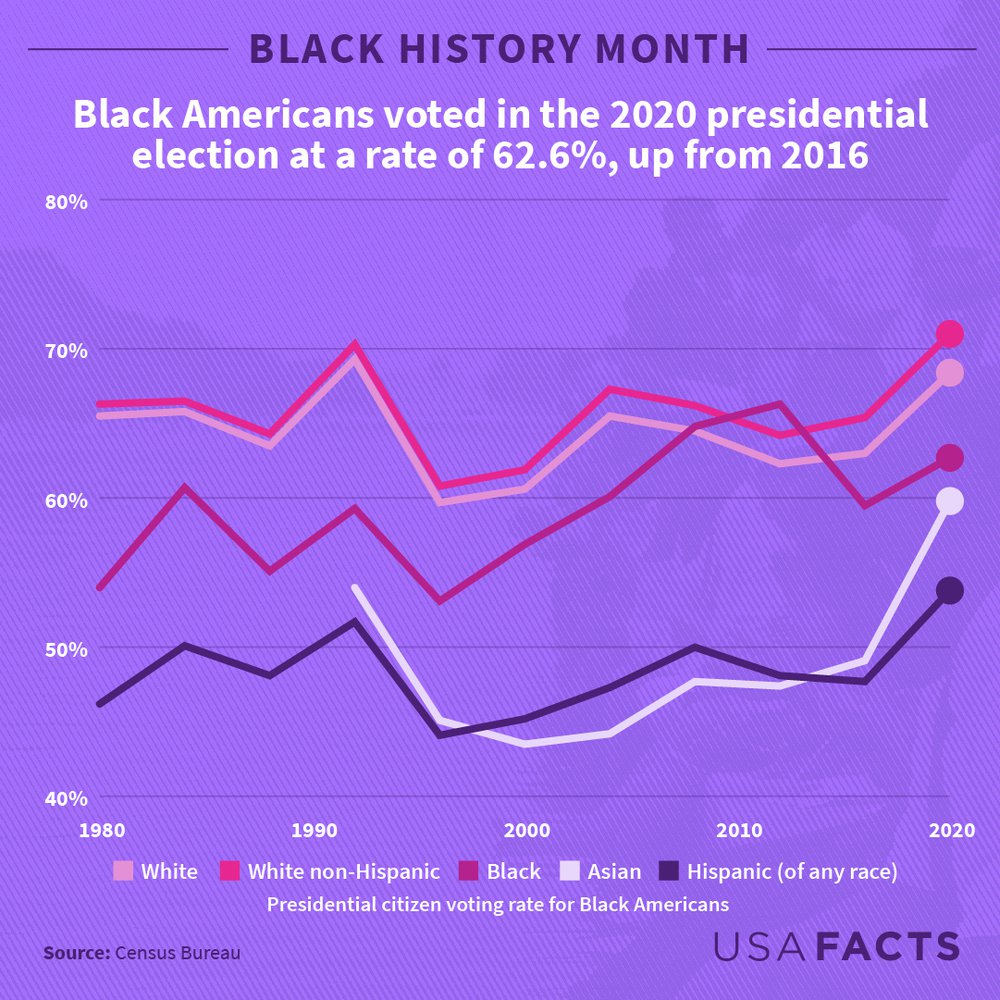 4. Sixty-six percent of Black women who are public-school teachers report having at least a master’s degree. Only Asian women at public schools reported having advanced degrees at a higher rate. 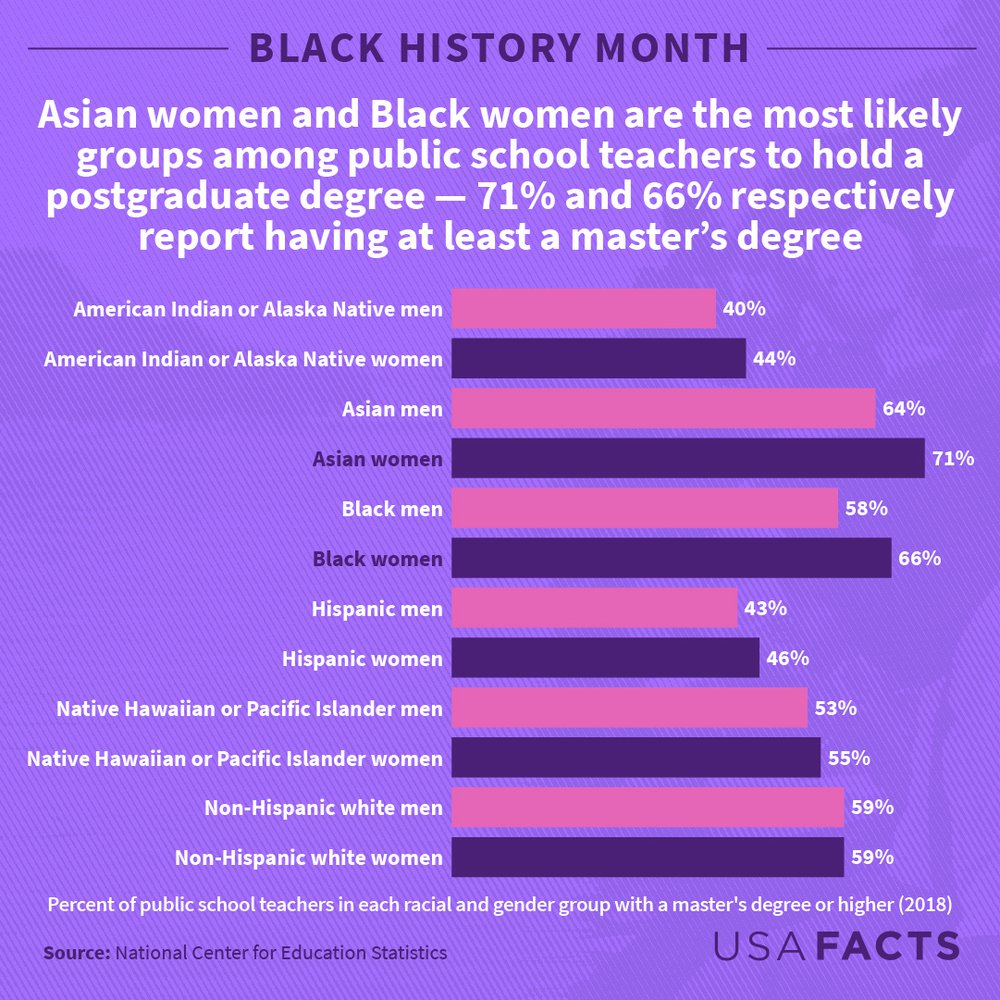 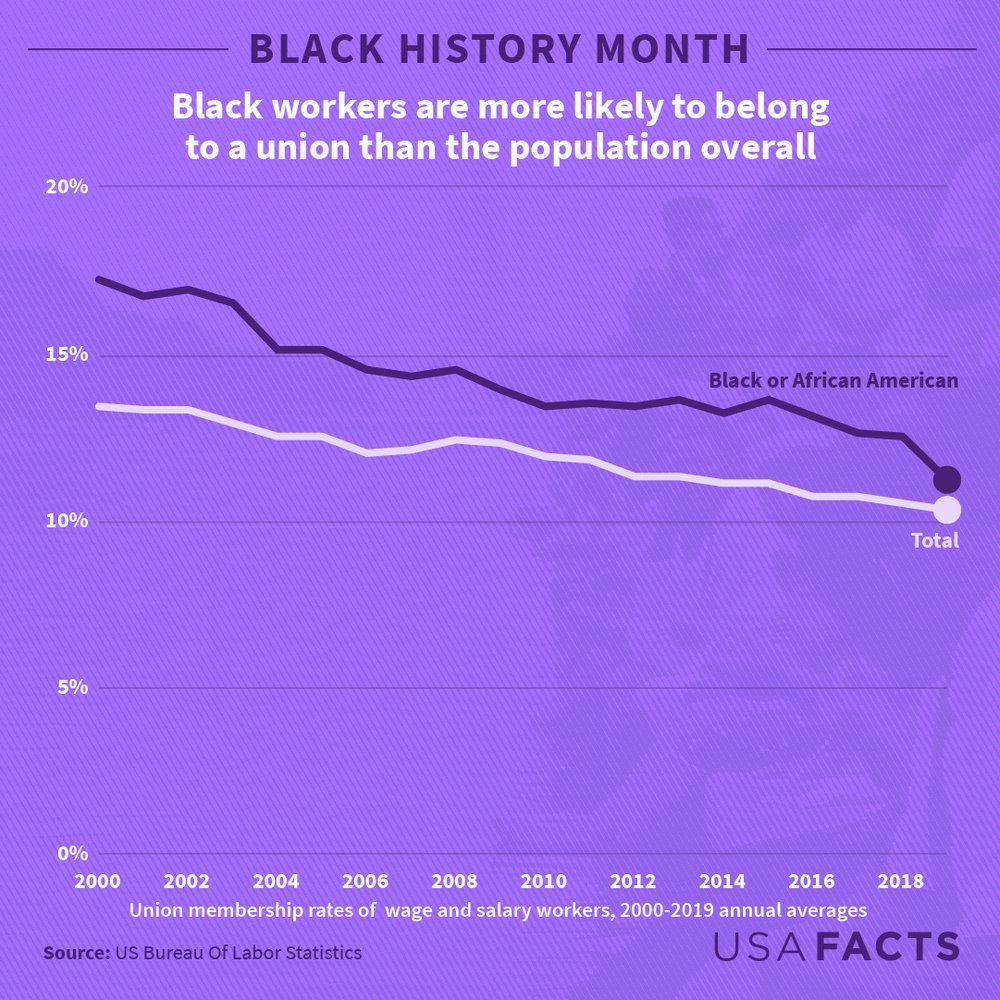 6. Of all states, Mississippi has the largest share of Black Americans as a percentage of its population. 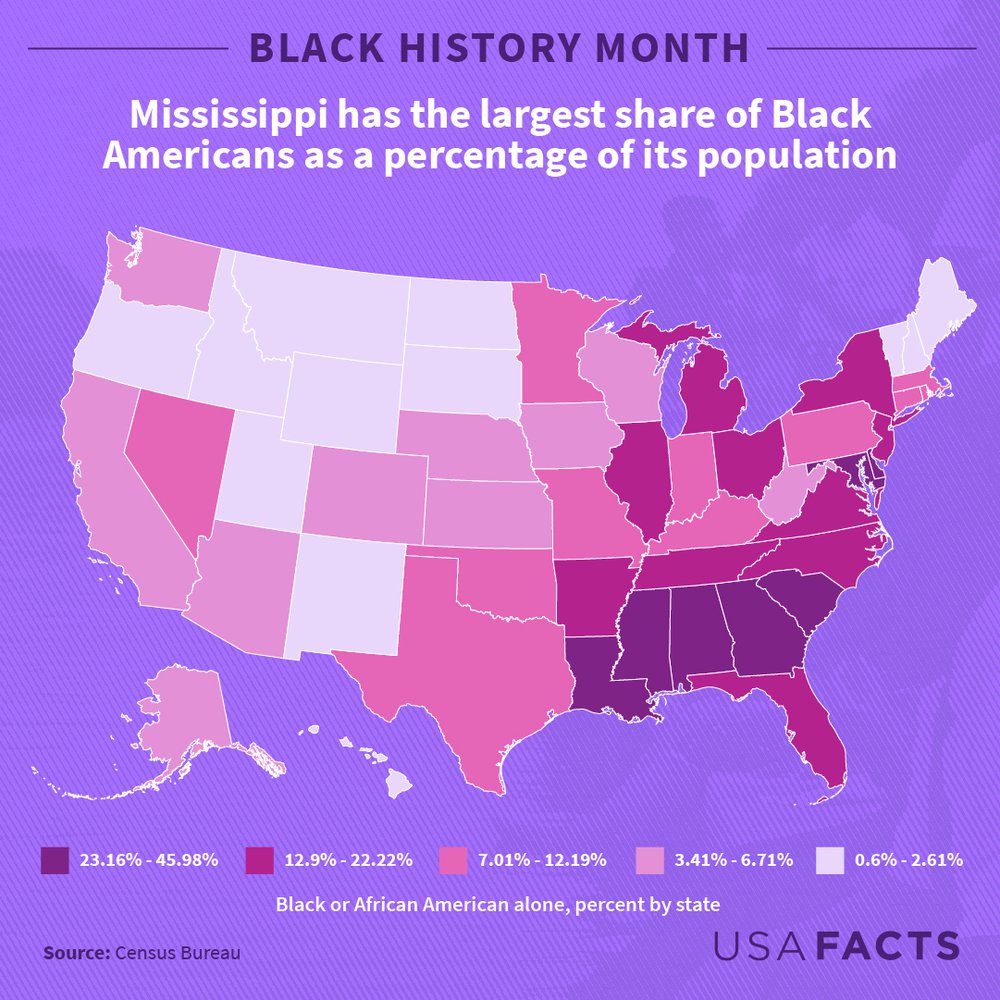 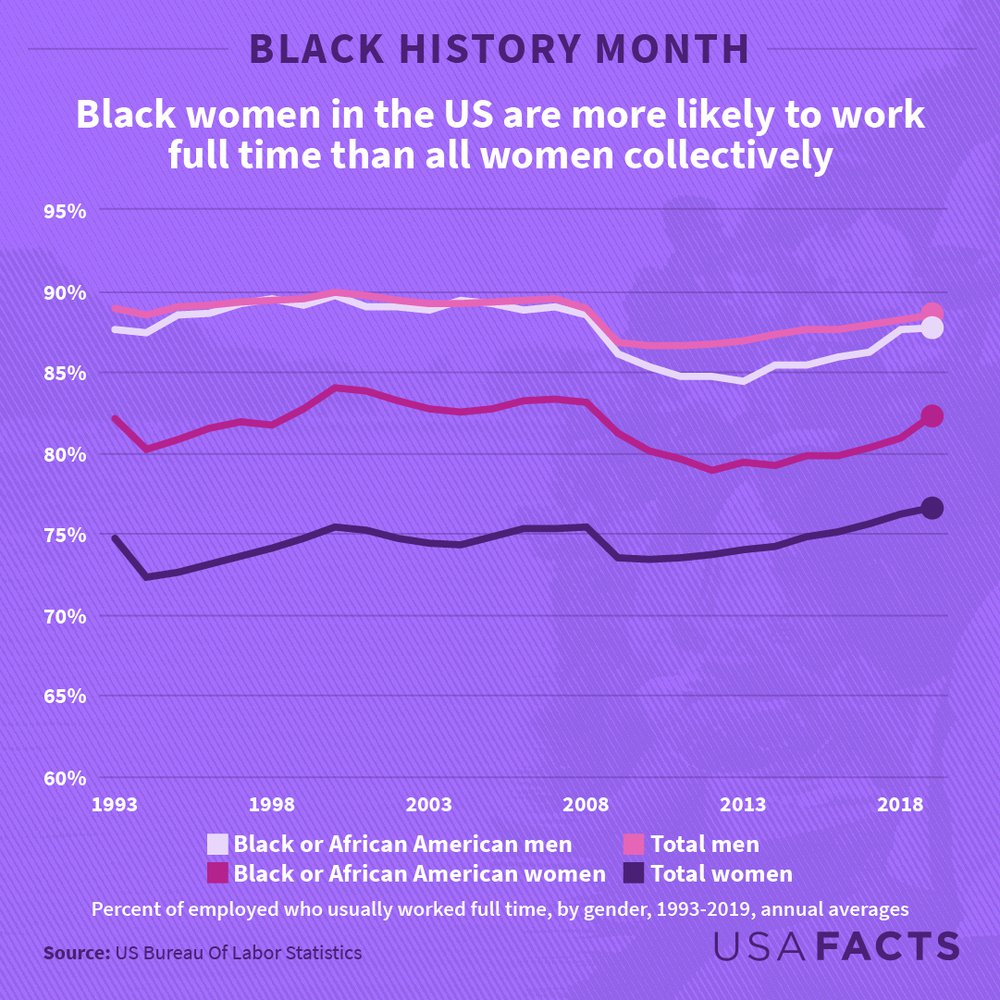 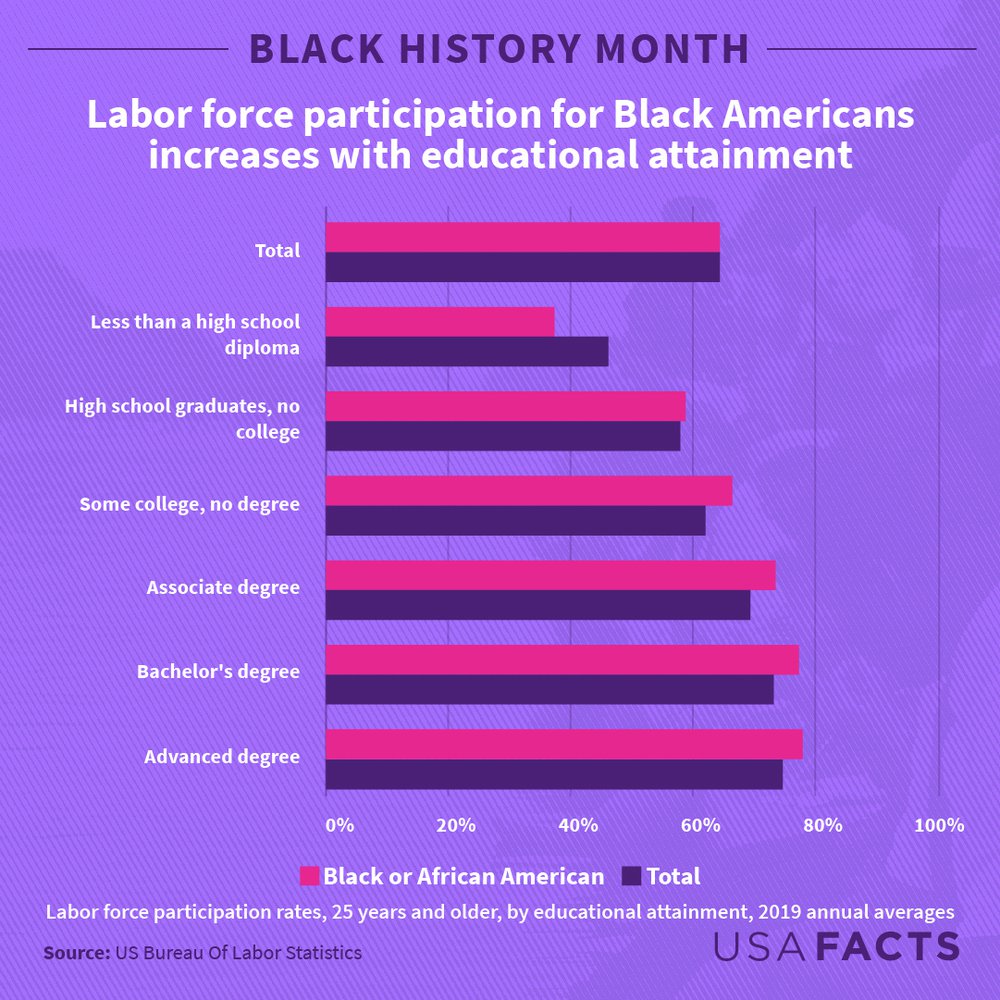 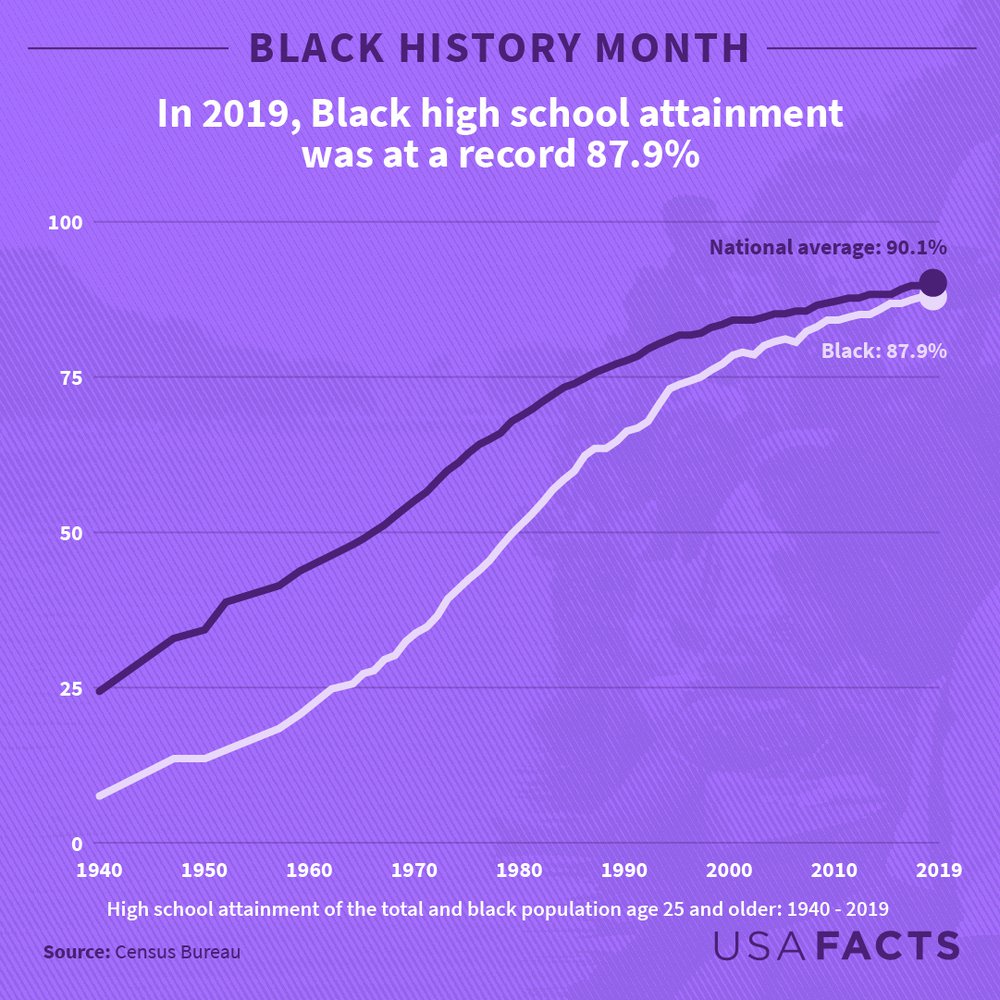 10. The 117th Congress has 62 Black members, a record high. They represent constituents from 28 states, the Virgin Islands, and Washington, DC. 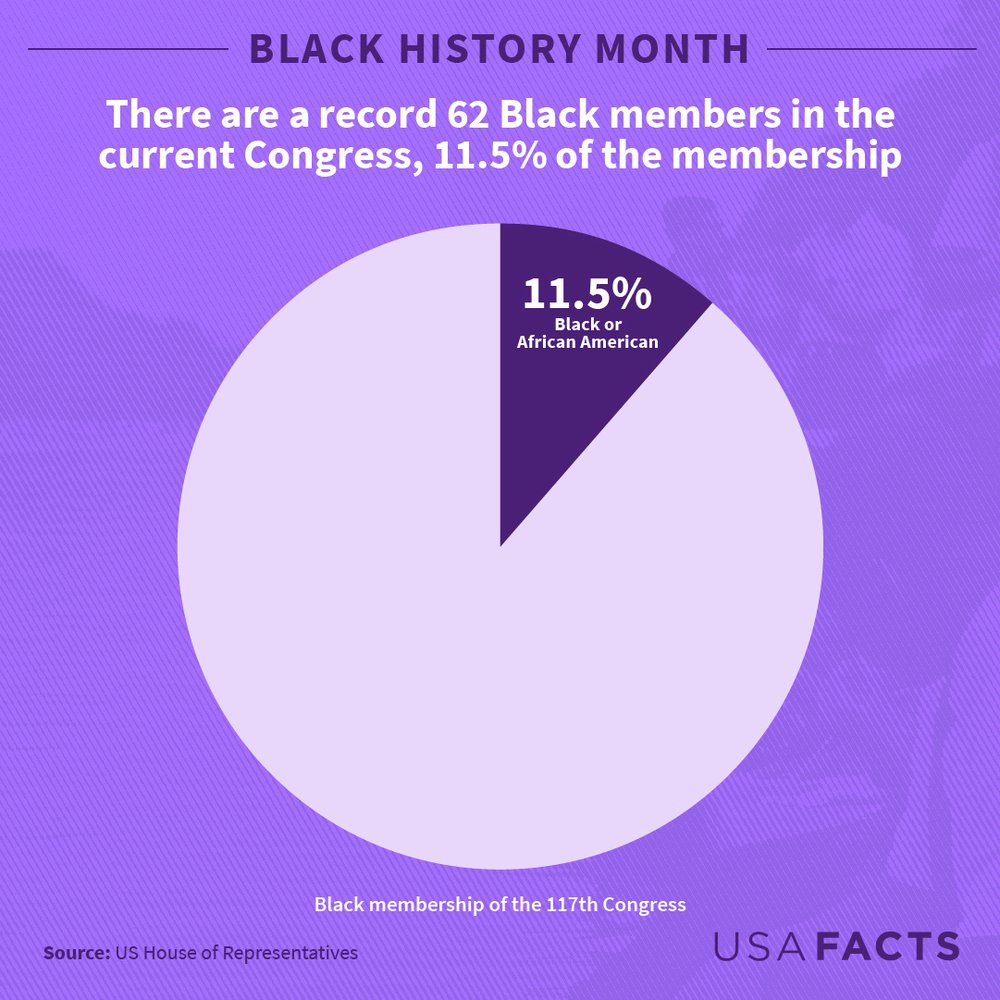