How many Americans vote and how do voting rates vary by state?

One year before the 2020 election, USAFacts examines the voter registration and turnout data since 1980.

According to the US Census Bureau, 53% of those eligible to vote turned out to vote in the 2018 election, though 67% of that population was registered.

How many Americans register and turn out to vote?

This made it the highest voter turnout rate for a midterm election in 40 years, with the second-highest election being 1982, when 52% of citizens turned out to vote.

In general, people who are white and non-Hispanic vote at the highest rate of any US citizens.

How do voting and registration vary across the states?

While registration rate and voting rate are typically closely correlated, the gap between the number of citizens registering to vote and actually voting is larger in some states than others. For example, in West Virginia, 64% of the population is registered to vote, but only 51% voted in 2016. On the other hand, 76% of citizens in Wisconsin were registered to vote that same year, and 71% of citizens turned out to vote.

Different states also have varying rates of voting by race and ethnicity.

Note: The chart above does not depict all races in all states. This is because the Census cannot accurately estimate the voting rates if a race’s population in a given state is less than 75,000. Also, this Census data set did not report data on people who consider themselves Native American. While the Census data does report voting rates for most demographic populations in states, the margin of error on some of these estimates may be high due to the small sample size.

For example, in Michigan, 64% of the citizen population turned out to vote in 2016, but only 38% of citizens aged 18-24 did. In some states, such as Kentucky, Virginia, and Pennsylvania, there is a less pronounced gap between youth voting and overall voting rates. 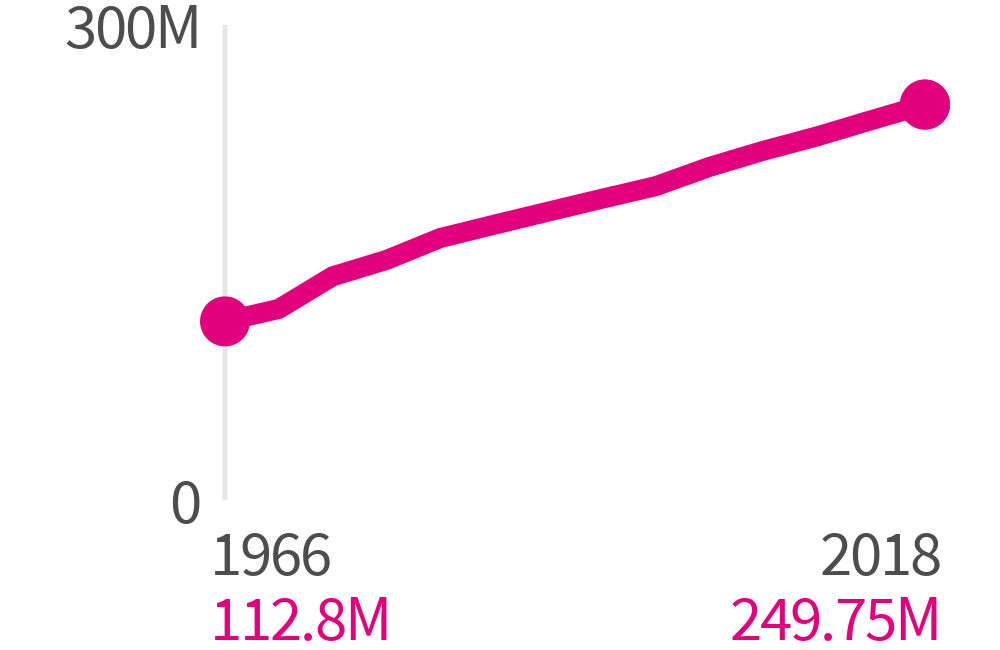 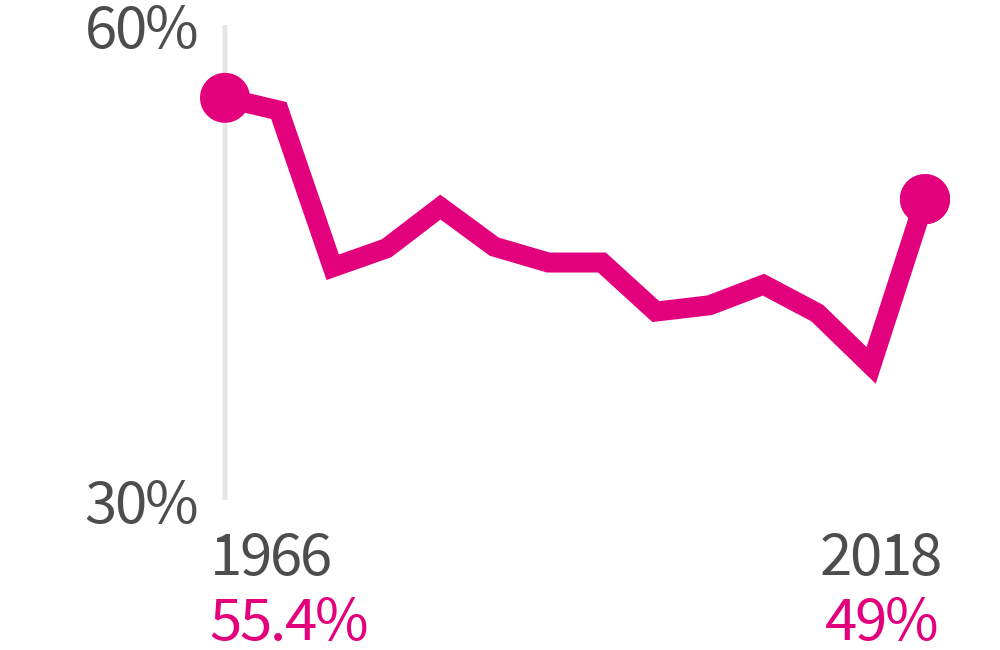 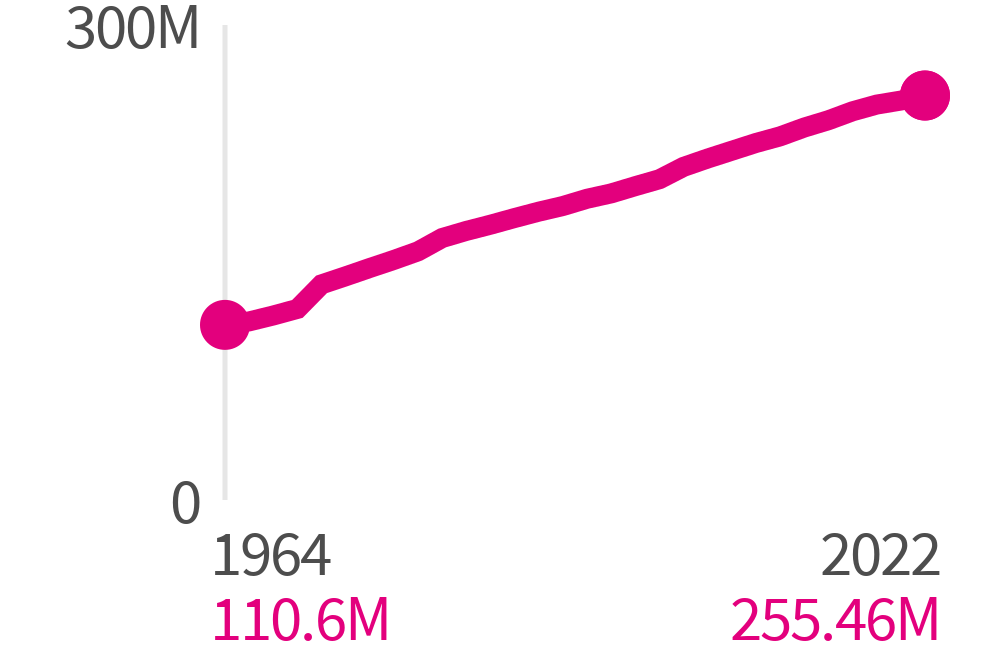 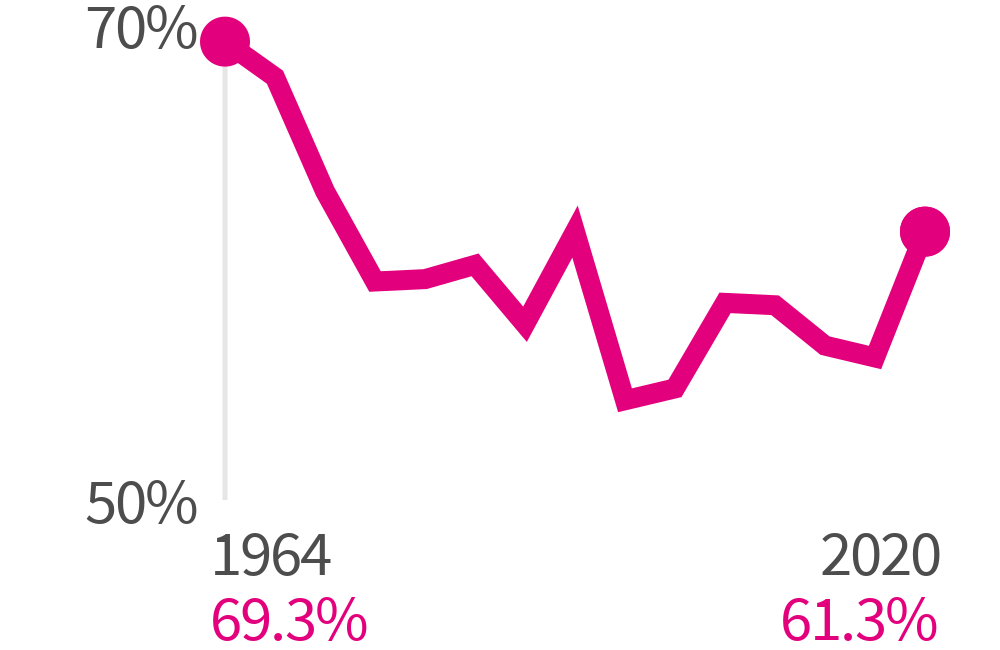 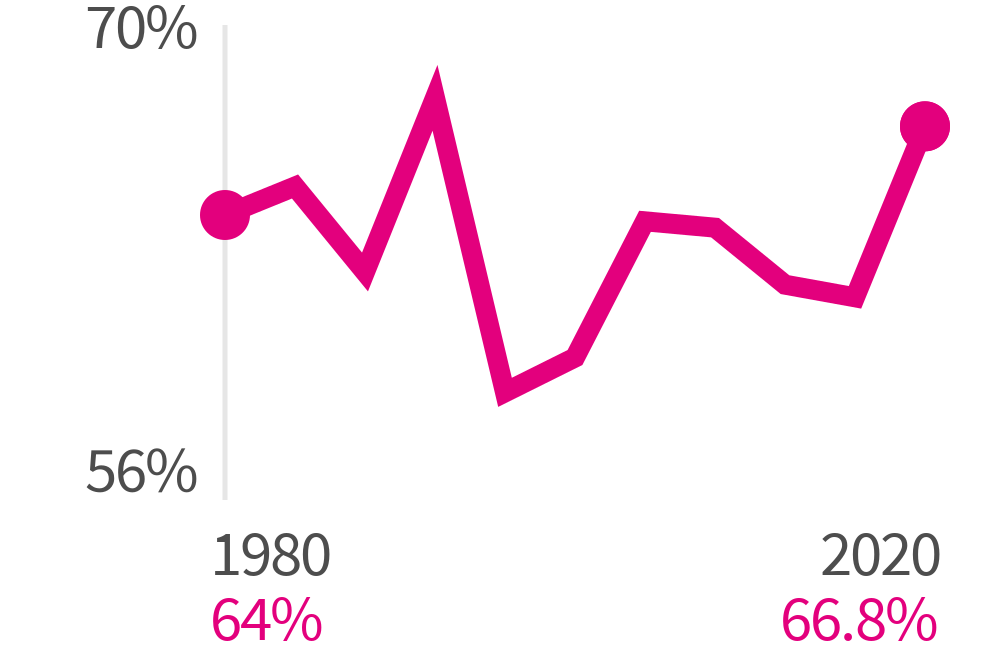