Comparing a nation’s military strength to its population provides a yardstick to compare each nation’s emphasis on military strength. In 2019, approximately 0.27% of the worldwide population was also part of their country's military force (down from 0.31% in 2009). That number differs widely across countries from a low of 0.0% for Iceland (which does not have a military) to 4.62% for North Korea and Eritrea. Other notable callouts include: 0.4% of Americans, 0.6% of Russians, 0.6% of Ukrainians, and 0.13% of the Chinese population were considered part of their respective military force. 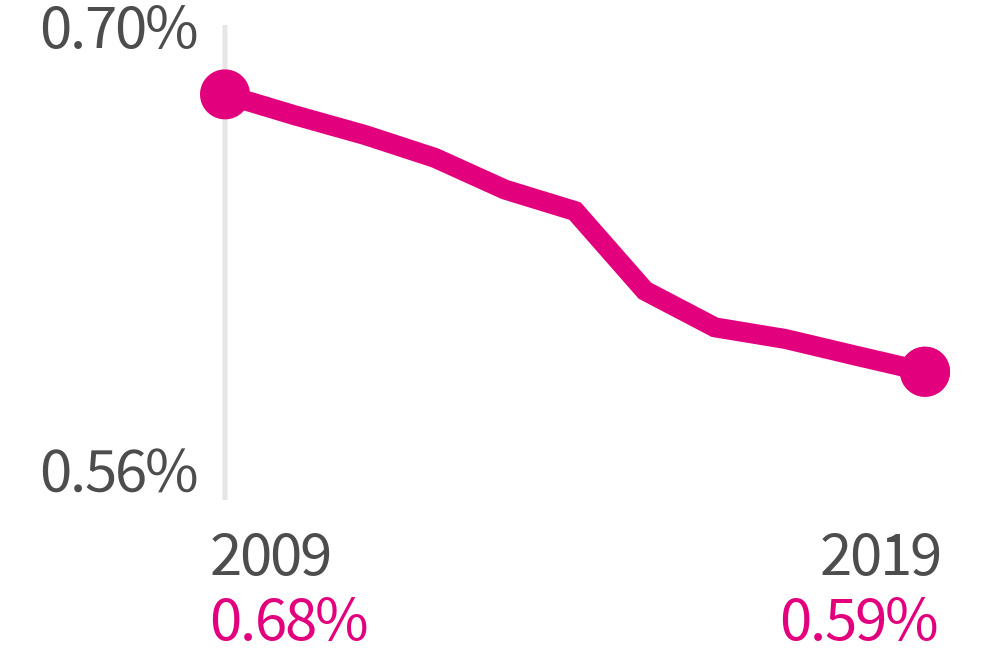 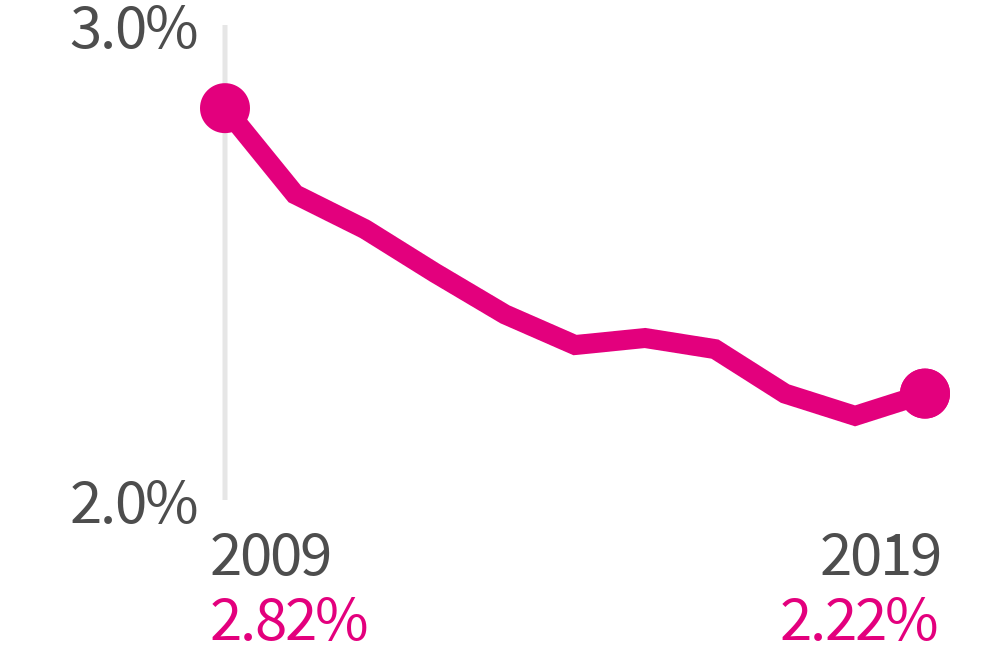