Gross domestic product (GDP) is the value of all goods and services produced in the US. This number is used to measure the health of the economy by observing when GDP is growing or shrinking.

The Bureau of Economic Analysis (BEA) reports GDP both as a current-dollar value and inflation-adjusted to 2012 dollars. Most values shown here are current-dollar amounts, which can be viewed on their own or with the USAFacts inflation-adjustment option selected. But only the official BEA inflation-adjusted "real GDP" value is used to calculate annual percent change in GDP and therefore how well the economy is doing. Economists generally consider the US to be in a recession when real GDP shrinks for two consecutive quarters, though recessions are officially declared by the National Bureau of Economic Research. 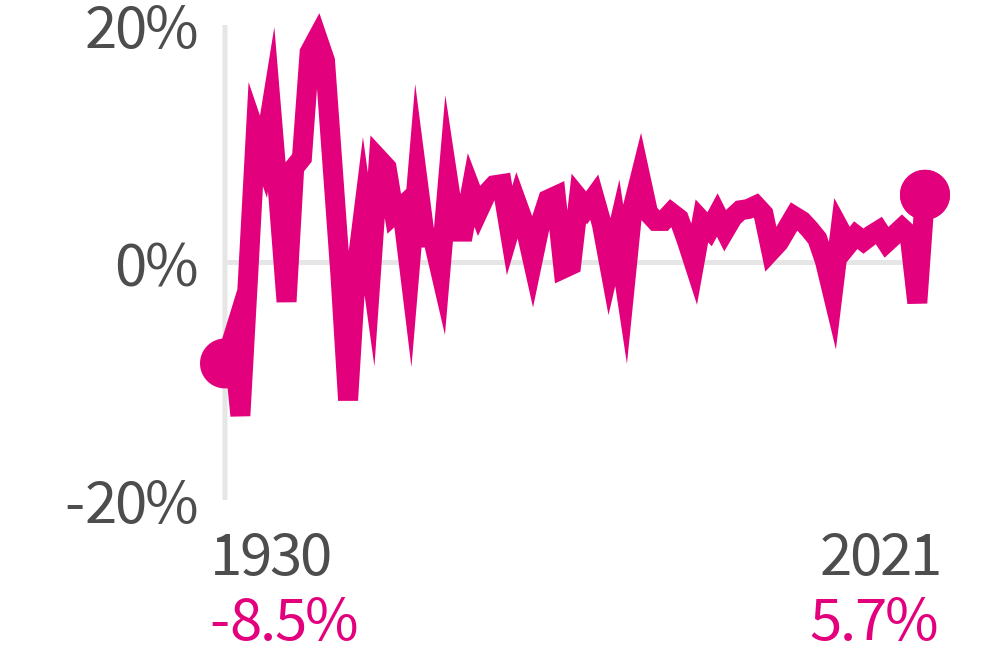