As some states move to restrict abortion, here's a look at the data

An Alabama law was passed following state bills earlier this year which prohibit abortions in Ohio and Georgia after 6 weeks. The bills are also being passed after years of falling abortion rates both nationally and in the states in question.

In May, Alabama passed the nation’s strictest abortion bill that would make abortion a felony in many cases beginning in 2020.

The Alabama law was passed following state bills earlier this year which prohibit abortions in Ohio and Georgia after 6 weeks.

UPDATE: Missouri’s legislature passed an eight-week ban after this piece was published.

The Centers for Disease Control and Prevention began compiling state-level data on abortion in 1969, though direct comparisons across all years cannot be made as some states chose not to report data in certain years.

The states where laws restricting abortion have been passed in 2019 have lower rates of abortion than the rest of the country. In 2015, New York had the highest rate of all states reporting data with 22 reported abortions per 1,000 women aged 15 to 44. Alabama had a rate of 5.4, while Ohio’s rate was 8.9 and Georgia’s was 8.1. Nebraska and West Virginia had the lowest abortion rate at 5.2.

State public health departments in Alabama, Georgia, and Ohio all have data available through 2017 showing that abortion rates have dropped through the years. Since 2005, abortion rates are down 30% in Alabama, 11% in Georgia and 33% in Ohio.

Based on its National Survey of Family Growth, the CDC also has data on both increased contraceptive use in recent years as well as a decrease in unintended pregnancies. Though the reports are based on data several years old, the CDC reports that in 2011 45% of pregnancies were unintended compared with 51% in 2006. The same survey found an increase in the percentage of women age 15 to 44 currently using contraception from 61.9% in 2002 to 63.5% in the period between 2015 and 2017. 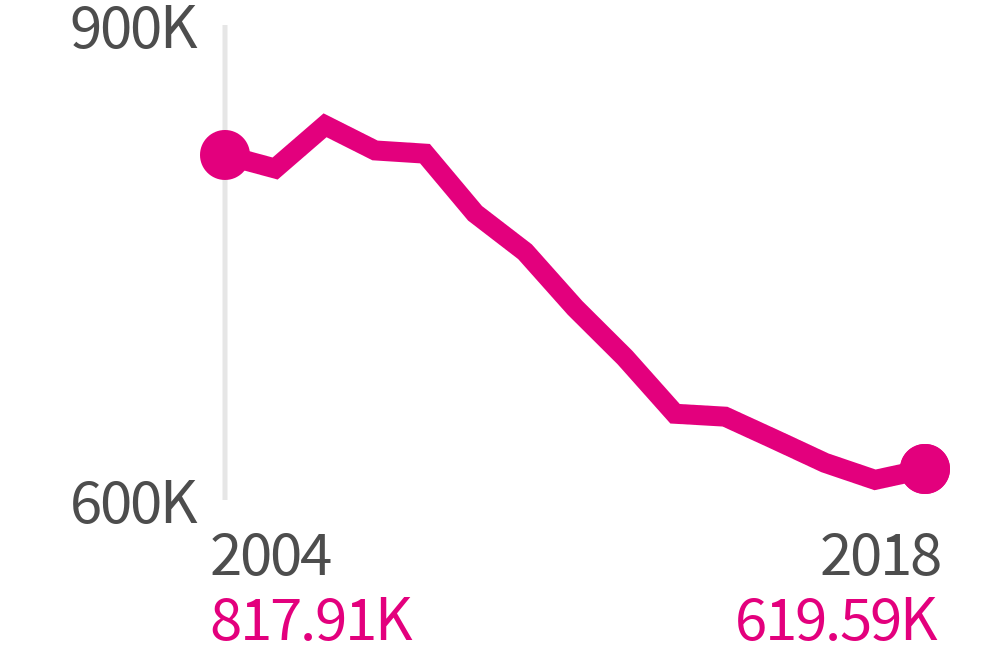