One in nine Americans under the age of 65 didn't have health insurance in 2018. The numbers were higher among Hispanic, Native, and Black Americans.

Hispanic Americans under the age of 65 are nearly three times as likely to not have health insurance than the white, non-Hispanic population of the same age.

The share of people uninsured — both total and within demographic groups — had dropped after 2014, the year most of the Affordable Care Act went into effect. While the numbers have ticked upward since 2016, gaps remain across racial and ethnic groups.

What do insurance coverage rates look like during the COVID-19 pandemic?

It’s unclear who lacks health insurance during this pandemic.

The Census Bureau’s Household Pulse Survey includes a question about health insurance coverage. Based on the latest responses from July 16 to July 21, 9.9% of all adults responded that they had no insurance. (Eleven percent of those surveyed didn’t say if they were insured or didn’t know.)

Among various racial and ethnic groups, 18.8% of Hispanic adults and 12.2% of Black (non-Hispanic) adults said they weren’t insured. Among white, non-Hispanic adults, that figure stood at 6.8%.

With the pandemic and its associated recession leading to record unemployment, it is worth looking at the demographics of employer-based health insurance, which covered 54% of the population in 2018, according to the Census’ American Community Survey.

What role does income play in insurance coverage?

As income rises, so does the likelihood of being insured. In the latest Household Pulse Survey, more than a quarter of respondents with a household income below $25,000 reported not being insured.

Data from the Centers for Disease Control and Prevention breaks down insurance rates within racial and ethnic groups by poverty status. A third of Hispanic Americans below the poverty line reported being uninsured in 2018. Among those above the poverty line, 13.3% had no insurance. There’s a 10 percentage point gap between low-income Black Americans (18.2% uninsured) and those who aren’t low-income (8%). Among white, non-Hispanic people, 15.1% of the low-income population has no insurance compared with 5.8% of the population with higher incomes.

What does coverage mean for seeking medical treatment?

Minorities are slightly more likely to not seek medical treatment due to costs, according to the 2018 NCHS, National Health Interview Survey.

The 2016 Medical Expenditure Panel Survey by the Agency for Healthcare Research and Quality (AHRQ) found a similar discrepancy among race: 10% of non-Hispanic white Americans cited financial or insurance barriers to getting care. Hispanic Americans, meanwhile, cited the same barriers at a rate of 22%.

In 2018, the Affordable Care Act’s individual mandate for those without health insurance was set to zero dollars. As a result, the mandate requiring people to buy health insurance was ruled unconstitutional in 2019. Data showing what these rule changes mean for coverage rates will be released later this year. It will be worth watching what effect it may have on the existing racial and ethnic inequities with respect to health insurance coverage. 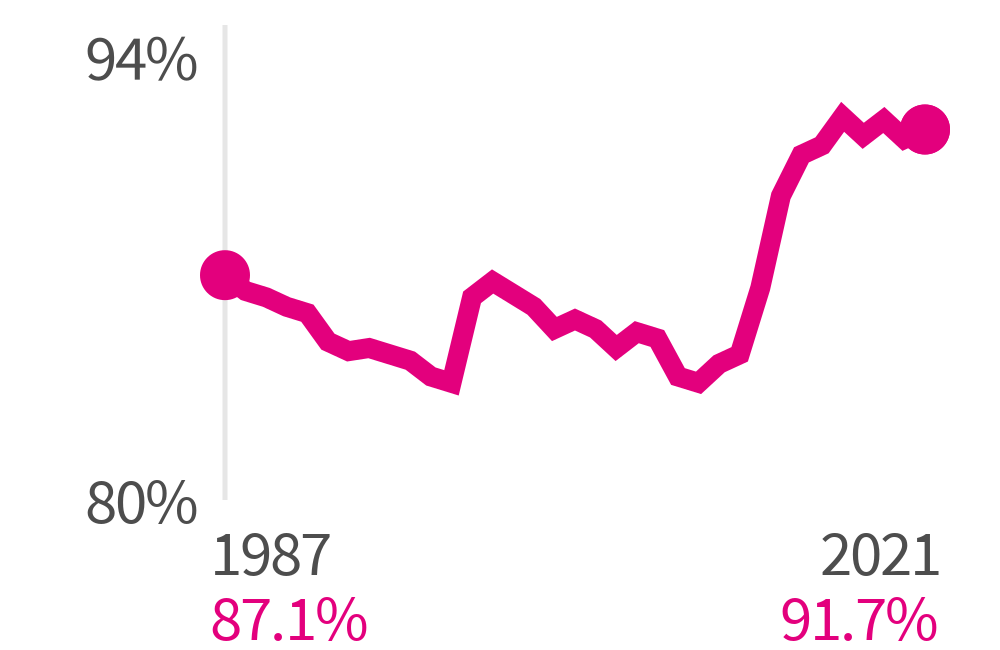