Ownership, construction and homelessness: How housing has changed across the states since 2010

From new building permits to ownership rates to homeless counts, USAFacts looked at data that show the changes in how and where Americans live.

The United States population has grown 5% between 2010 and 2017. With that growth comes the need for more housing. Overall, the number of housing units increased by 4% during that same period, according to Census data.

That growth hasn’t been uniform across the states, with each individual jurisdiction dealing with its own factors related to demographics and the economy.

Here’s a look at how the housing landscape has changed across the states between 2010 and 2017, the years that have data available in the Census’ American Community Survey, and how it relates to homeownership, vacancies and homelessness.

The percentage of people owning their homes has fallen.

The Census also tracks building permits for new housing units since 1960. While this data doesn’t account for new housing outside of areas that require permits, it covers most of the housing growth in the United States.

Looking at the years between 2010 and 2017, 7.8 million new permits were issued or 1 for every 2 new residents of the United States. (Add in 2018 for an additional 1.3 million units.) Excluding the four states that have lost population during that period, California had the fewest new building permits for each new resident. Local governments in California issued building permits for 627,000 housing units during this period, or just 3 for every 10 new residents.

For comparison, Maine grew by just 7,400 people during this period while issuing permits for 27,500 new units. That’s nearly four new units for every new person.

The number of vacant housing units in a given state doesn’t necessarily drop with high population growth.

In many cases, high population growth occurs in tandem with a drop in vacancy rates. In the District of Columbia, where population grew 15% between 2010 and 2017, more than any state, vacancies fell by nearly 25%. Fast-growing states like Florida, Colorado, Washington and Arizona saw the number of vacant units fall anywhere from 3% to 16%.

However, the three states with the highest percentage of population growth since 2017 — Texas, North Dakota and Utah — experienced an increase in vacant units despite the population of each growing more than 11%.

Homelessness has fallen nationally, but it is unclear how that matches up with the housing data.

The federal government tracks homelessness with two different metrics and in each case, the number of homeless individuals are going down.

The Department of Housing and Urban Development publishes annual estimates of people experiencing homelessness and using shelters. Known as Homeless Management Information System (HMIS) data, the estimates are compiled at the local level, but reported annually as a national aggregate.

The number of homeless individuals nationwide fell 14% from 637,000 in 2010 to just under 551,000, according to HUD. That data is based on local point-in-time counts required for funding from the federal department. Those counts are done on a single night at the end of every January at the local level.

While this count doesn’t capture year-round homelessness numbers and is subject different methods of counting at the local level, it does allow for comparisons across states and local areas as well as across time.

Increases or decreases in homelessness during this 7-year period are not necessarily connected to the demographic or housing changes seen in the Census data.

Places like North Dakota and the District of Columbia with high housing and population growth saw increases of 36% and 14% in their homeless populations respectively. 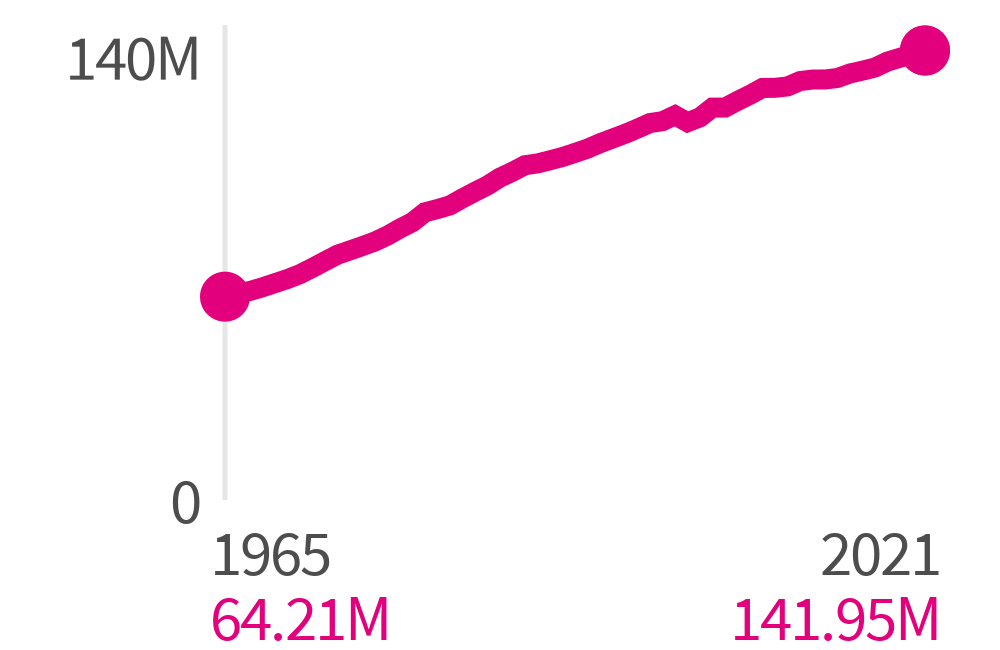 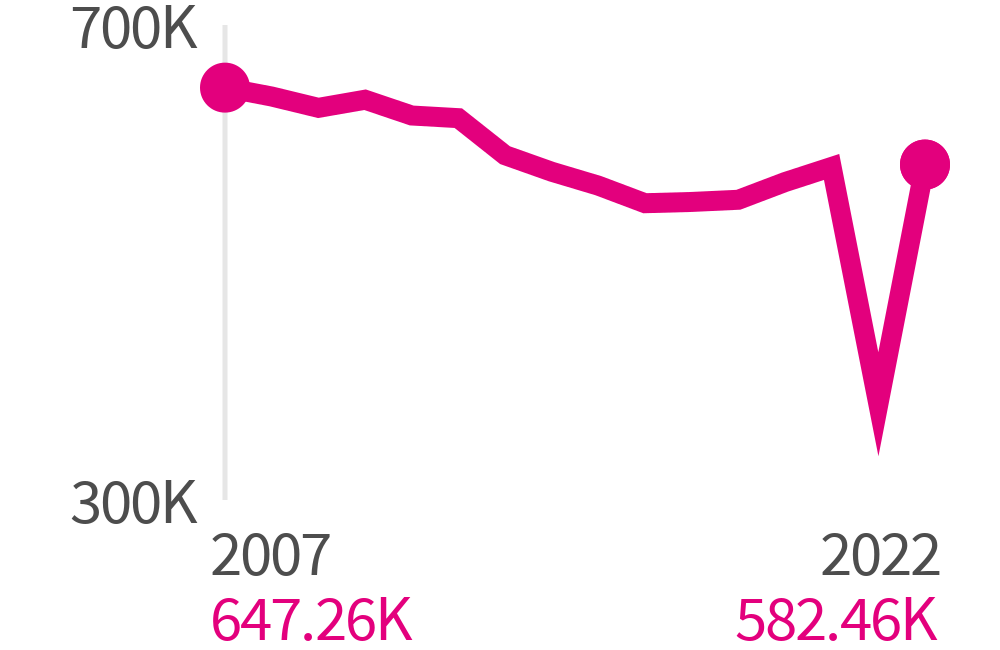