The federal government has counted the Native American population in various ways throughout the years. Recent data shows how the demographic is growing.

Who makes up the Native American population?

American Indian/Alaska Native in combination with another race

What does the latest census data tell us about the Native American population?

How does the Census record tribal affiliations? 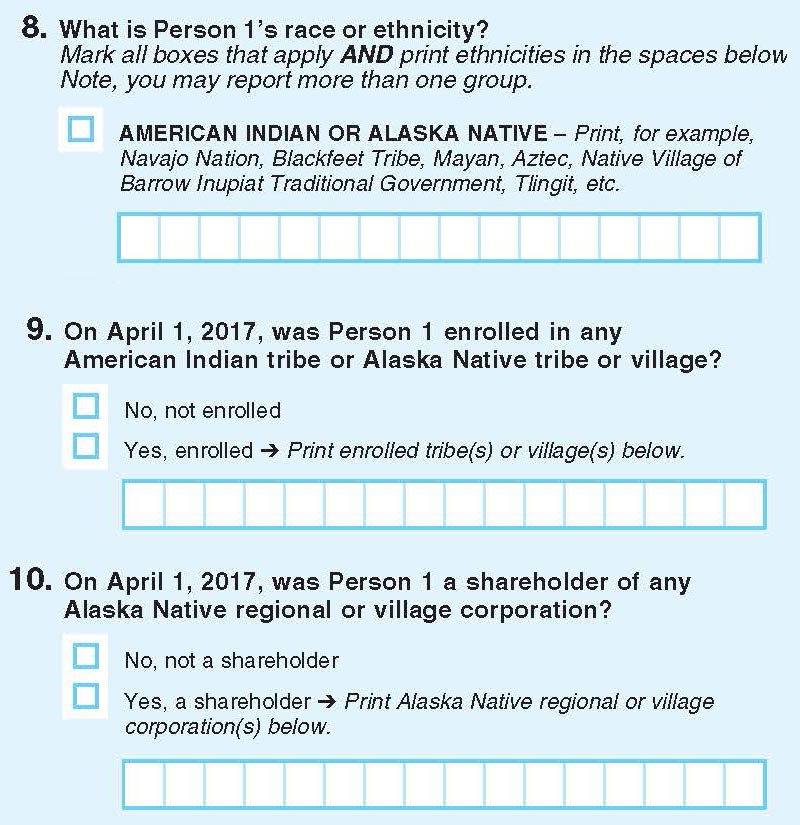 A sample of a 2017 Census test asking about tribal affiliation 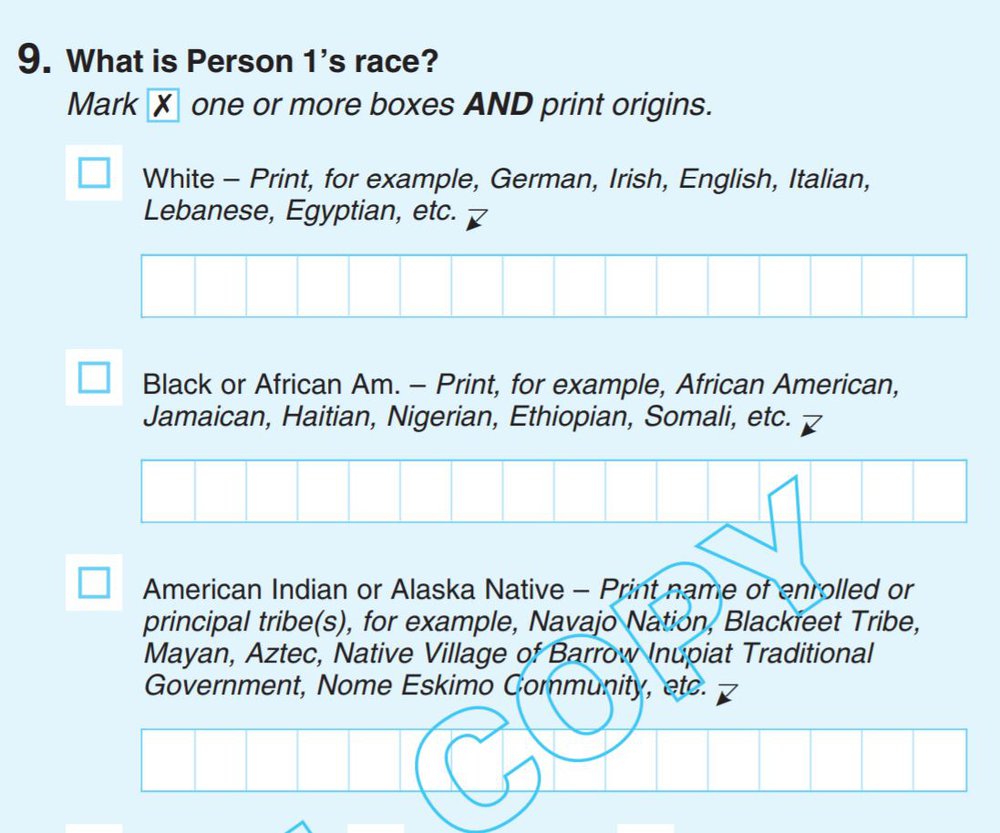 A snippet of how the Census will ask about race in 2020.