How much did NASA’s James Webb Space Telescope cost?

On July 12, NASA released images captured by the James Webb Space Telescope. The telescope, which was launched in late 2021, is currently in orbit about one million miles away from Earth.

Total spending on the project eclipsed $10 billion through the 2021 fiscal year, close to 10 times the original cost estimate from NASA.

The initially released images include views of a dying star, the formation of a new star, a cluster of five galaxies, and the deepest infrared image of the universe to ever exist. 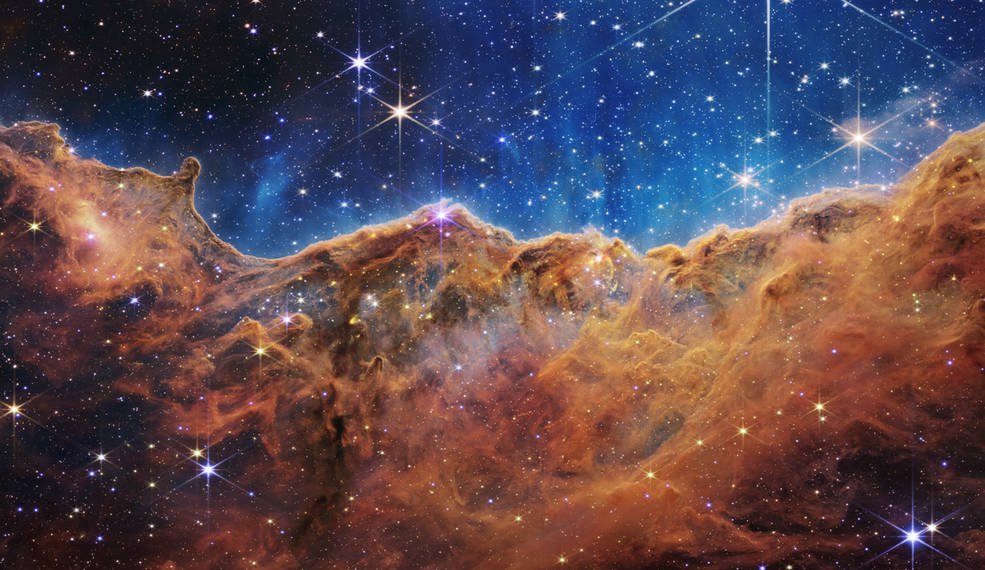 What does the James Webb Space Telescope do?

The James Webb Space Telescope is a “large, space-based observatory.” Considered a successor or expansion on the Hubble Space Telescope, the Webb telescope is more sensitive than Hubble and is optimized for infrared light.

These features give it the ability to look deeper into space. Light from these distant objects takes thousands of years to reach Earth. So when researchers use the telescope, they’re essentially looking backwards in time, to some of the earliest periods of our universe.

According to NASA, the telescope will help scientists search for the first galaxies formed after the creation of the universe. It can also help determine how galaxies evolved after they formed. Other goals for the project are observing the formation of stars from their early stages and investigating whether distant planets have the potential for life.

The telescope will spend the remainder of its time taking images of deep space, using devices that capture infrared light, which isn’t observable by humans with the naked eye.

While NASA was responsible for building the telescope, it’s considered a “General Observatory,” meaning scientists can make research proposals for using the telescope. A team of other scientists review, rank, and select which proposals get access. In addition to NASA, the European Space Agency and the Canadian Space Agency already are conducting research with the Webb telescope.

This is the same process used for conducting research with the Hubble Space Telescope and other space and ground-based observatories.

How did the budget for the James Webb Space Telescope change over time?

The Webb telescope was initially given a $1 billion total budget with a projected launch date of 2010. It surpassed $1.2 billion in total spending by 2007, three years after development began.

According to NASA budget documents, the project has cost about $10 billion through the 2021 fiscal year. Most of its funding was spent on the development of the telescope including initial modeling of the project, construction of each of its components, and testing before its launch.

Once the telescope was launched in 2021, costs decreased significantly and are expected to remain lower for the duration of the telescope’s time in space. In total, NASA plans to spend about $1.1 billion more on the telescope through 2027.

How much of NASA’s overall budget went to the Webb telescope?

Throughout the changes in its funding and launch date projections, the Webb telescope occupied between 1.5% and 4.0% of NASA’s total budget.

The project took up a higher percentage as NASA’s overall budget decreased following the end of the space shuttle program.

The Webb telescope’s impact on NASA’s bottom line was less than that of NASA’s most expensive project, the International Space Station, which occupied 5.7% of NASA expenditures in FY 2021.

What’s next for Webb?

Beginning in 2024, NASA plans to spend $187 million each year on the Webb telescope. Totaling $1.1 billion, these funds will be used entirely for operational costs such as maintenance and repairs.

According to NASA, the four main goals of the project are to search for the first galaxies that formed after the creation of the universe, determine how galaxies have evolved since their formation, observe the formation of stars from their first stages, and to investigate the potential for life in distant planets. The telescope will spend the remainder of its time in space taking images of deep space, using devices that capture infrared light, which isn’t observable by humans with the naked eye.

While similar projects have a lifespan of five to 10 years, preliminary testing suggests that the telescope has enough propellant to remain operational for longer than originally projected.

For more on NASA and the space program, read USAFacts’ historical analysis of NASA's budget.

50 years after the Apollo 11 moon landing, here's a look at NASA's budget throughout its history

Federal debts, deficits, and the effect of the COVID-19 pandemic on both

Spending by the dollar: how government and consumer budgets differ