How many wildfires occur in America each year?

How many wildfires occur in America each year? Which states are affected the most?

This month, in both Northern and Southern California, residents have grappled with destructive wildfires.

The October 2019 fires come after more than 1 million acres were burned a cross the state in both 2017 and 2018. Those were the most destructive years in the state since at least 2008, based on data compiled by the National Interagency Fire Center (NIFC).

At this rate, 2019 could be less destructive than the last two years, both in California and nationwide, but nearly two decades of data show that wildfires — defined by NIFC as any “unplanned” and “unwanted” fire that begins in an undeveloped location — have become more destructive over the years.

How often do wildfires occur and how big do they get?

This variability is even more noticeable when looking at the annual data back to 1983. Comparing 10-year averages shows a few trends.

First, the number of wildfires is lower than levels in previous decades.

Wildfires (Average of prior 10 years)

Wildfires that occurred in each year

Wildfires recorded during the year

The second trend to note: The number of acres burned has increased in recent decades. The average for the last 10 full years (2009 to 2018) was about 7 million acres, slightly larger than the state of Massachusetts. That’s 150% higher than the 10-year average of 2.7 million acres between 1983 to 1992.

Acres burned (Average of prior 10 years)

Acres burned (Average of prior 10-years)

Acres burned by wildfire in each year

Average wildfire size over prior 10 years

Average wildfire size over prior 10 years

Average wildfire size for the year

Average wildfire size for the year

Where do fires occur?

The severity of fires differs by state. The average wildfire blaze in Alaska from 2009 to 2018 affected nearly 2,500 acres. However, 14 states had wildfires that affected on average less than 10 acres.

How do wildfires occur?

The NIFC classifies wildfires based on ignition source. The two primary ignition sources are lightning strikes and humans. A wildfire is classified as human-caused and can begin via “debris burning, campfires, arson, discarded smoking products, sparks from equipment in operation, arced power lines, and other means.”

Exploring the impact of natural disasters

A look at FEMA's natural disaster mitigation and preparedness funding 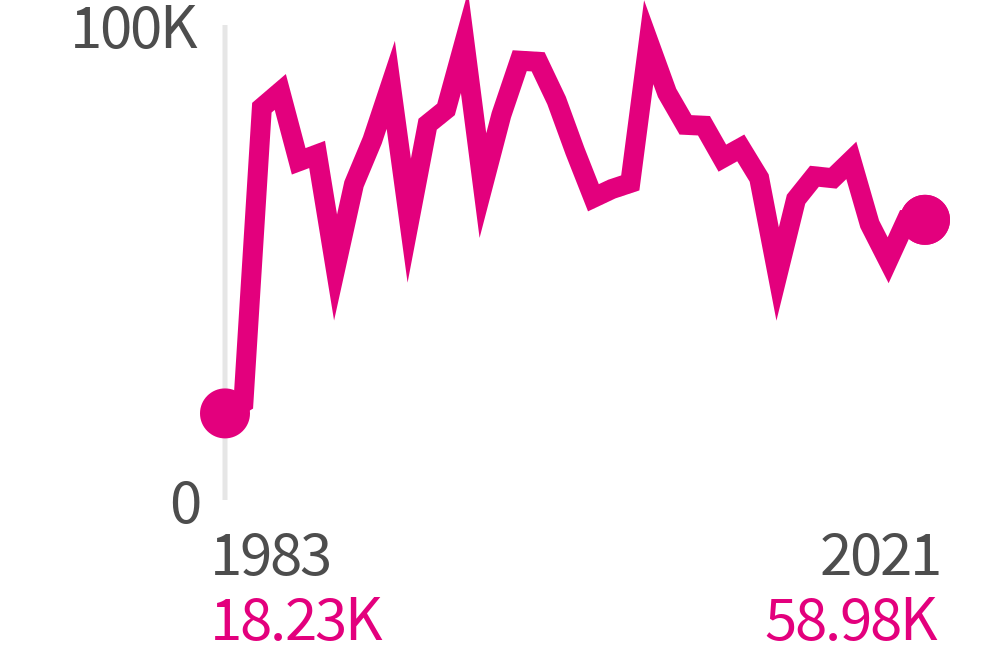 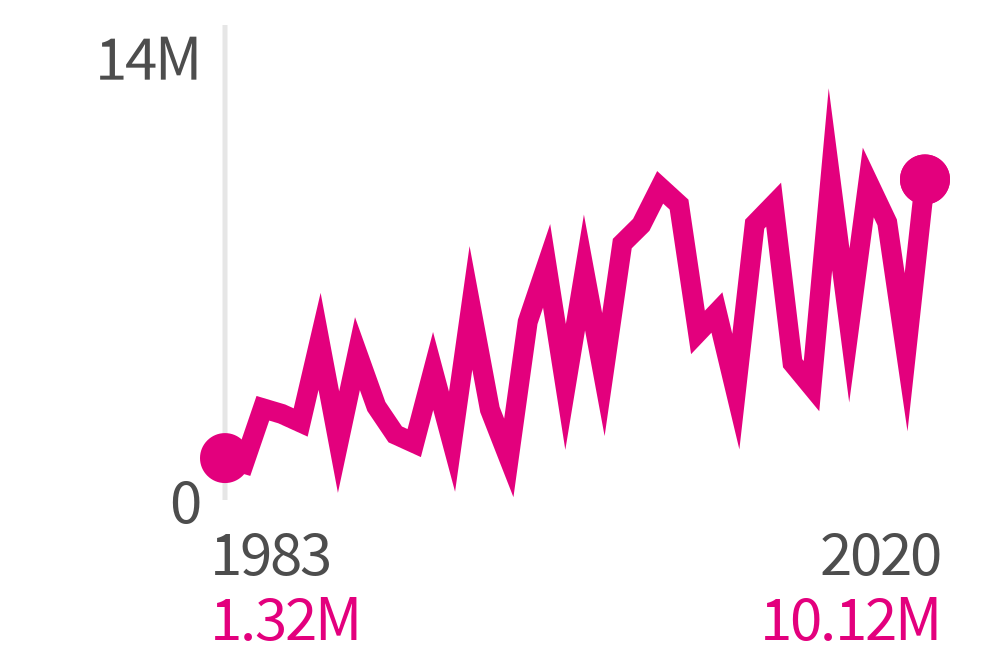 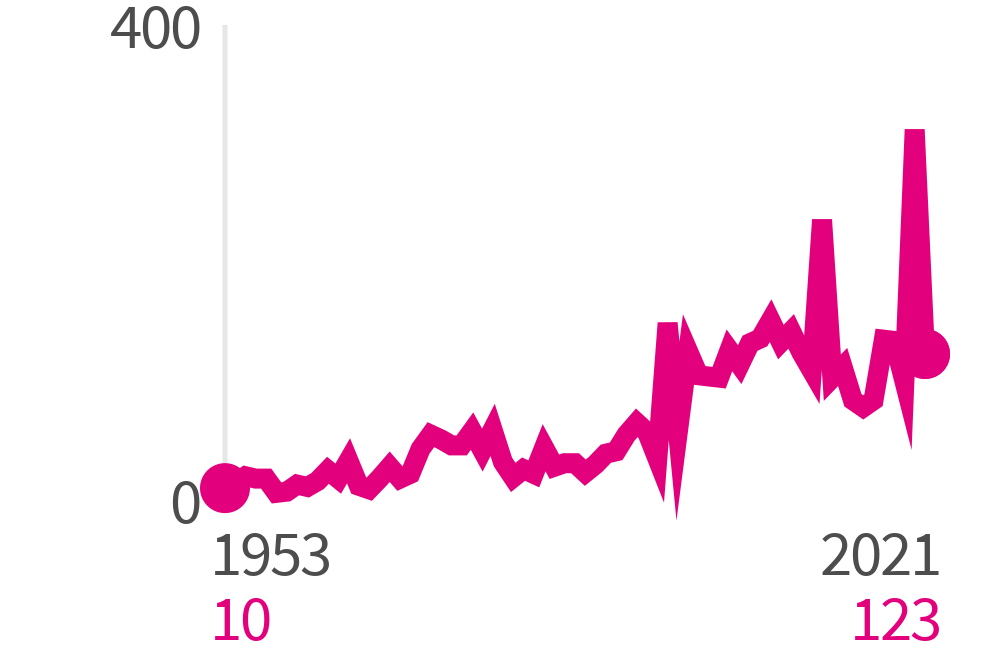