One-quarter of American high schoolers use tobacco products and one in five have used e-cigarettes (colloquially called vaping) in the last month — a fourfold increase from 2013, according to CDC data.

These developments come as overall tobacco use has decreased in recent years for the population as a whole (Note: the increase in tobacco use in 2011 represents a change in survey methods).

While e-cigarettes don’t burn tobacco — they contain nicotine derived from tobacco — the products are regulated by the Center for Tobacco Products, the same division that monitors traditional tobacco products such as cigarettes. Traditional smoking rates are falling among teens, but data analyzed by the CDC suggest the rates of teenage e-cigarette use were higher in 2018 than at any point since 2011. That means overall tobacco use on the rise too.

One-quarter of American high schoolers use tobacco products and one in five have used e-cigarettes (colloquially called vaping) in the last month — a fourfold increase from 2013, according to CDC data. In total, some 4.9 million middle and high schoolers reportedly used tobacco in 2018.

Cigarette and e-cigarette use of 6th through 12th graders

Had an e-cigarette in last 30 days

The FDA implemented a rule in 2016 to bring regulation of e-cigarettes within its tobacco division, stating it did so “to prevent youths from initiating tobacco use, inform consumers about the risks, prevent false and misleading claims, encourage cessation, and decrease the harms from tobacco use.”

This week, the Food and Drug Administration and the CDC issued a joint warning letter to the country’s largest e-cigarette manufacturer for violating numerous laws associated with marketing vaping products to the public. Specifically, the agencies were concerned about practices related to marketing those products to children. It also recently became public that the Federal Trade Commission, the agency responsible for protecting consumers from unsafe products, has been investigating how companies like JUUL has marketed their products to teenagers.

And this isn’t the first time. In 2018, the FTC and the FDA jointly warned some vaping manufacturers for marketing products indistinguishably from actual children’s products like juice boxes and candy.

Tobacco use, of any type, is the leading cause of preventable death in the United States. Nearly all adult smokers started using tobacco products before they turned 18.

Data about youth smoking rates isn’t perfect. The federal government conducts four different surveys about tobacco use among young people. The National Youth Tobacco Survey is specifically targeted at youth smoking and since 2011 is conducted on an annual basis. Other surveys are generalized to drug use, youth risk behaviors, or general health statistics.

The rapid change in tobacco technology, coupled with young people likely not wanting to get in trouble for breaking the law and changing survey approaches trying to keep up with new cultural practices make teen smoking rates difficult to measure. Nevertheless, the data is clear about the rising trend: more youth are using tobacco products and more youth are vaping. 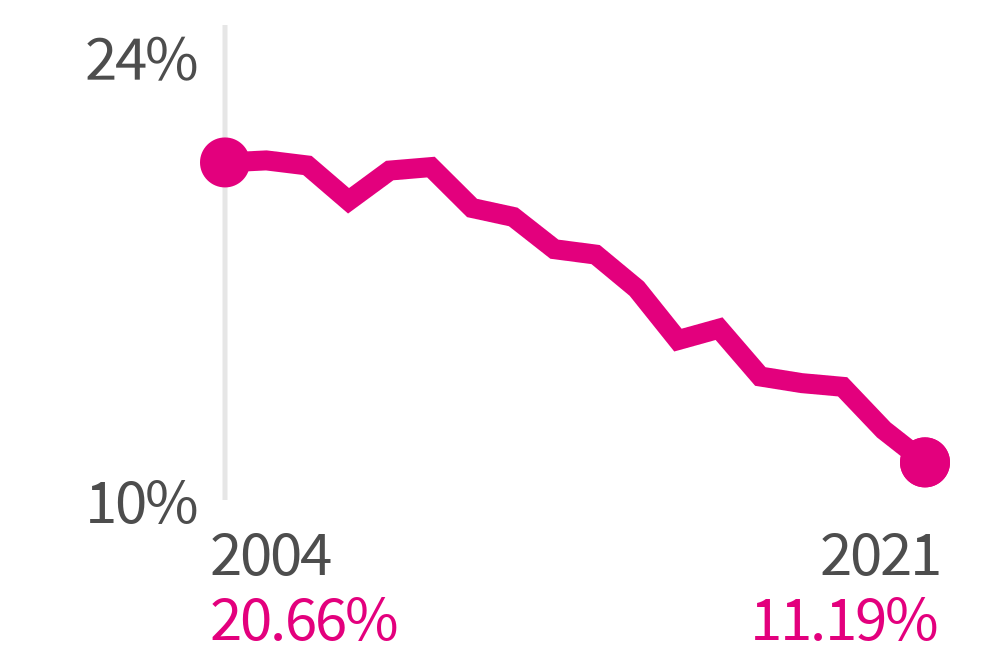