How close is America to eliminating all fossil fuels and emissions?

At the center of the Green New Deal is a move to rebuild American infrastructure “by eliminating pollution and greenhouse gas emissions as much as technologically feasible” and “meeting 100 percent of the power demand in the United States through clean, renewable, and zero-emission energy sources.”

Here’s where the United States stands on both of the power and emissions fronts.

The Green New Deal has been a hot topic in the political world since the 2018 midterm elections, built around an agenda to transform American energy and infrastructure while addressing employment, social, and environmental issues.

In February, Rep. Alexandria Ocasio-Cortez (D-N.Y.) and Sen Ed Markey (D-Mass.) introduced a resolution aimed at recognizing “the duty of the Federal Government to create a Green New Deal“. Senate Majority Leader Mitch McConnell (R-Ky.) has said there will be a vote on the nonbinding resolution.

The resolution is a response to both a United Nations group and a federal program known as the U.S. Global Change Research Program that describe economic and environmental issues that would worsen if global temperatures continue to rise.

At the center of the Green New Deal is a move to rebuild American infrastructure “by eliminating pollution and greenhouse gas emissions as much as technologically feasible” and “meeting 100 percent of the power demand in the United States through clean, renewable, and zero-emission energy sources.”

Here’s where the United States stands on both of the power and emissions fronts.

In 2007, American carbon dioxide emissions peaked at 5.9 billion metric tons, the equivalent of 1.2 billion passenger cars in a given year.

That number dropped to 5.2 billion, a 12.8 percent drop, in 2017, largely driven by a decrease in emissions related to electric power. While electric power was the sector most responsible for emissions through 2015, as of 2016, the transportation sector is the leading driver of emissions in the US.

The graph below shows data collected by the Department of Energy between 1980 to 2016, breaking down CO2 emissions by sector: residential, commercial, industrial, transportation, and electric power.

Nationally, there were 15.9 metric tons of carbon dioxide emissions per resident in 2016. But that figure varies by state.

As of 2017, the percentage of power coming from fossil fuels stood at 65.7 percent. Renewables were responsible for 14 percent, largely driven by a jump in wind energy, which rose from less than 1 percent of the nation’s power production in 2007 to 5.6 percent in 2017. Solar power also saw its share grow 90 times higher than in 2007, largely driven by subsidies during the Obama administration, but is only responsible for 0.9 percent of power as of 2017.

The graph below shows power sources across the states since 1990.

Until 2015, coal was the leading provider of power in the US, until natural gas took over that spot in 2016. West Virginia leads all states in its share of coal-based power generation at 93.5 percent.

Mississippi has the lowest share of renewable power production (about 0.1 percent) while three other states — Louisiana, Delaware, and Florida — have less than 2 percent. 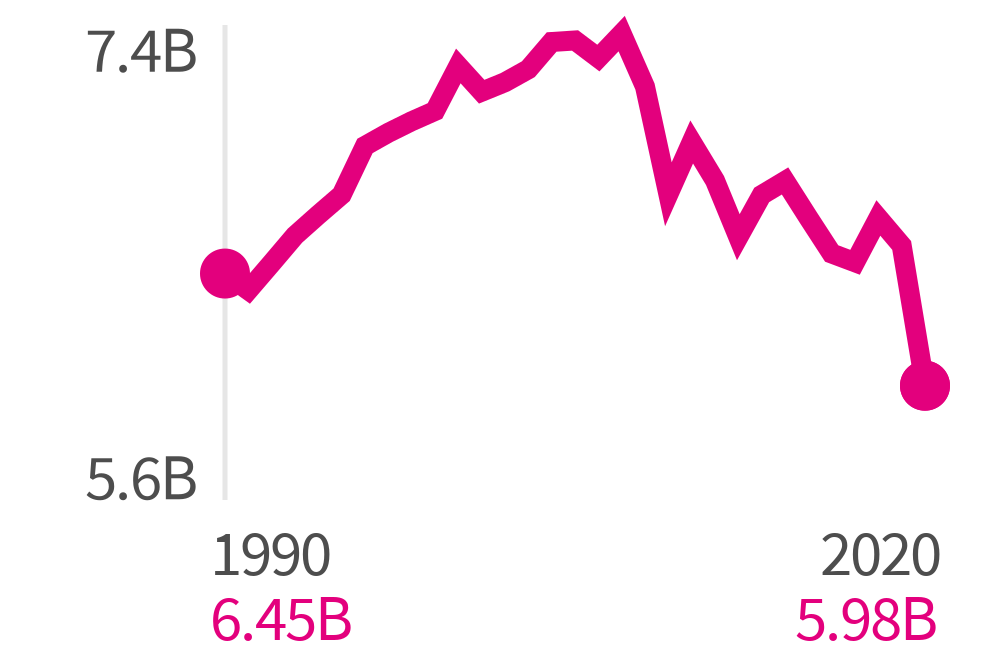 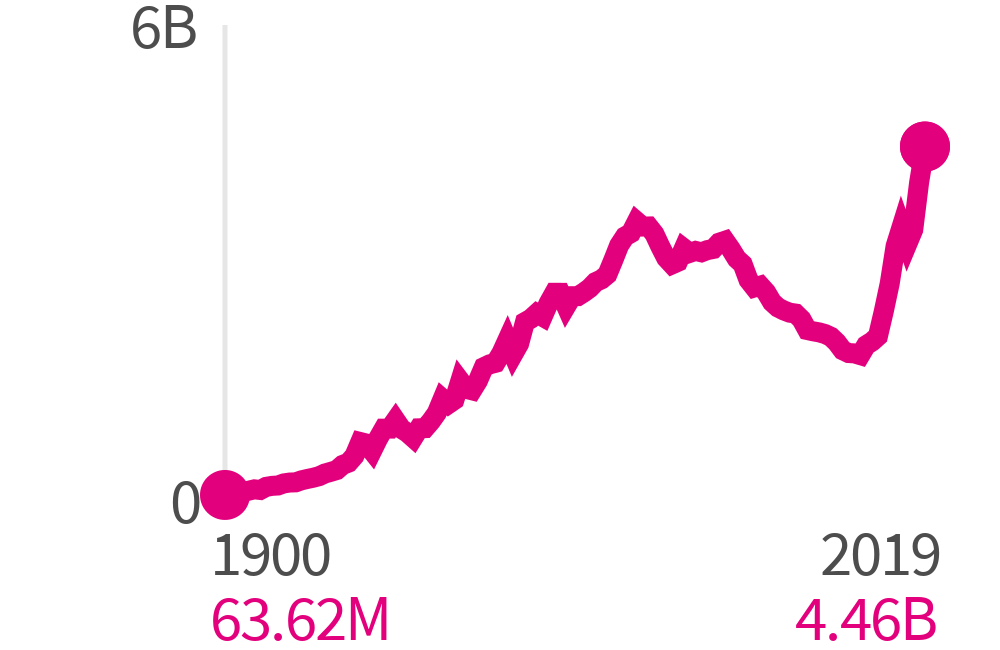 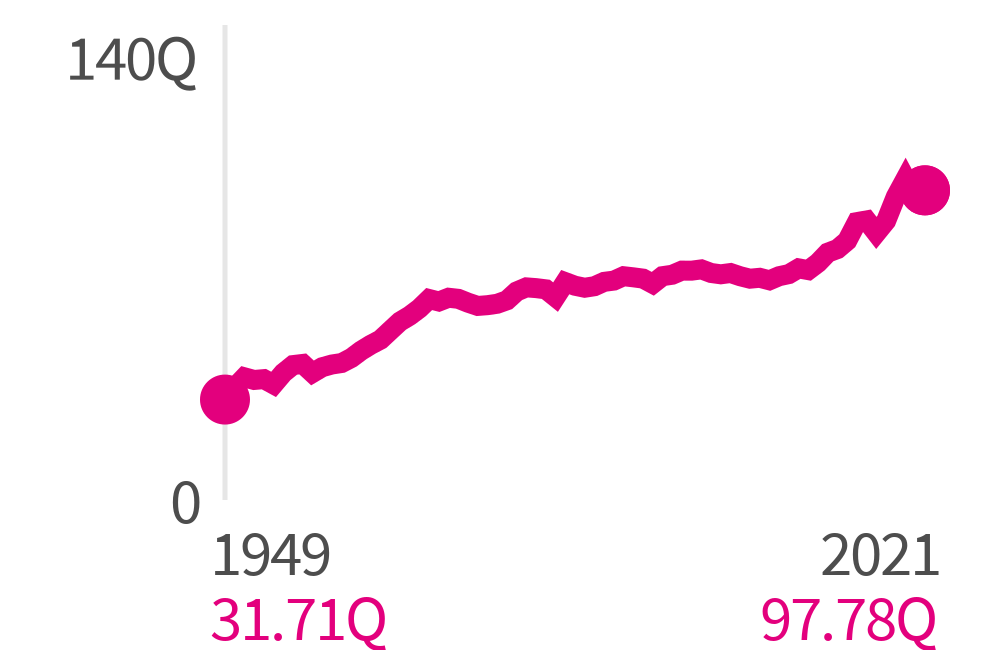 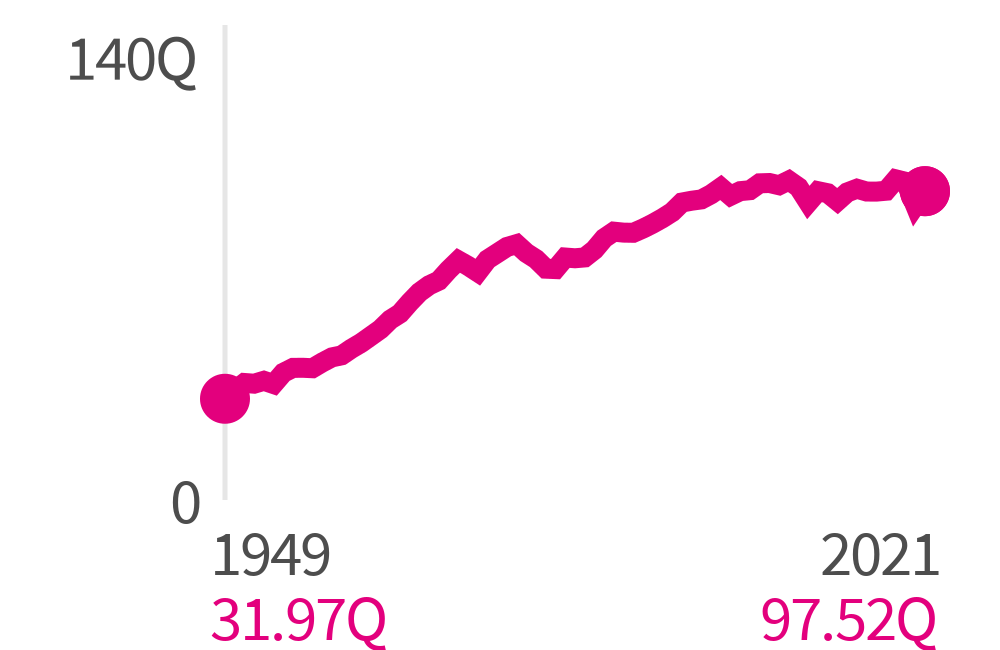