How has the 65+ population changed in comparison to the under 18 population in each state? 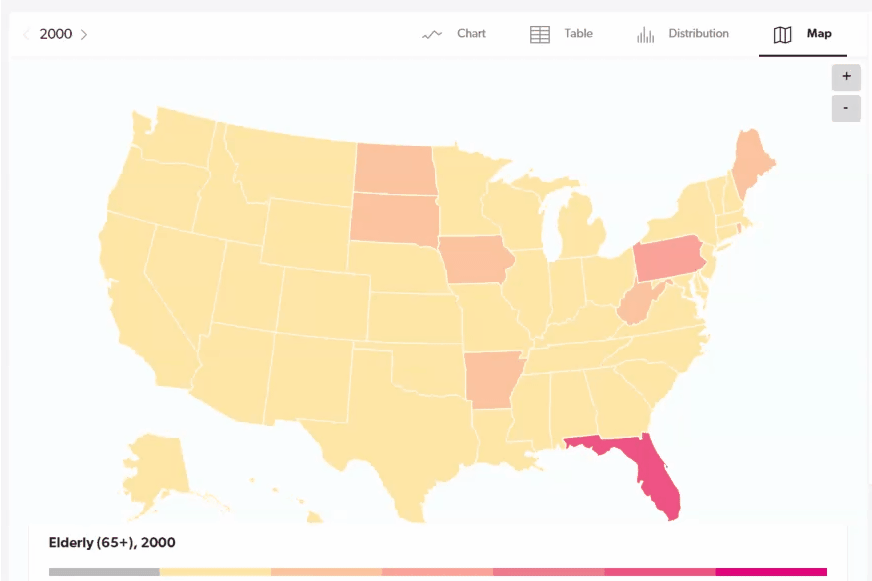 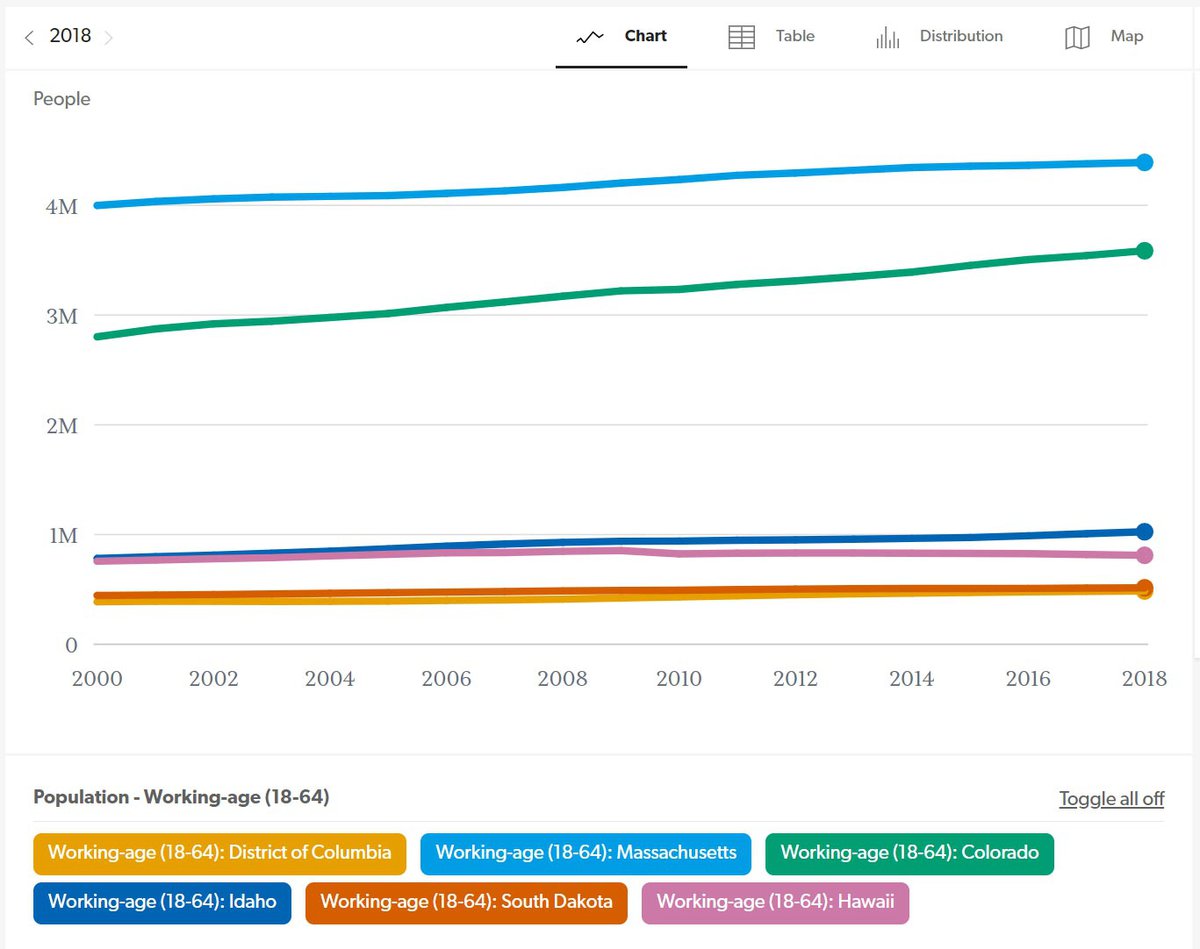 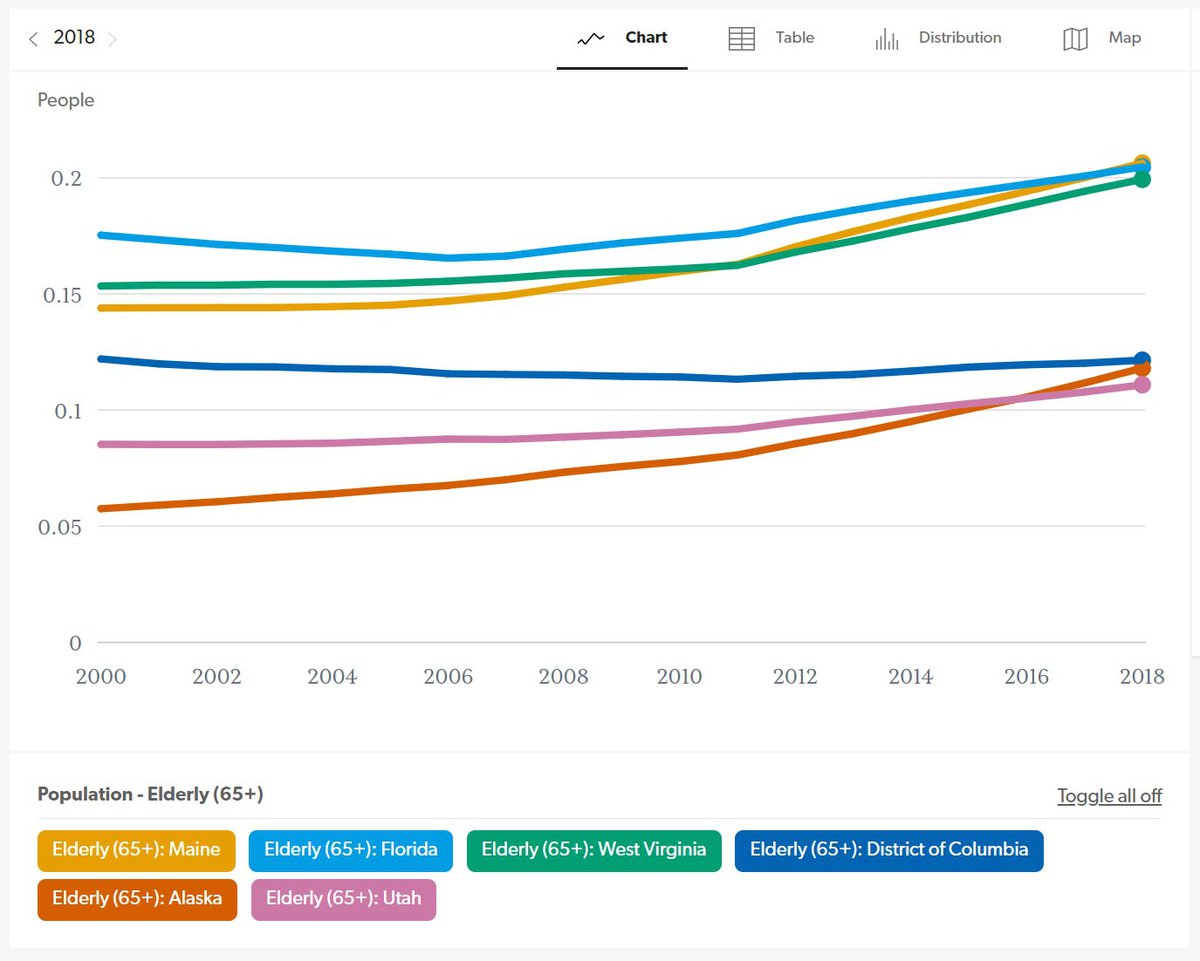 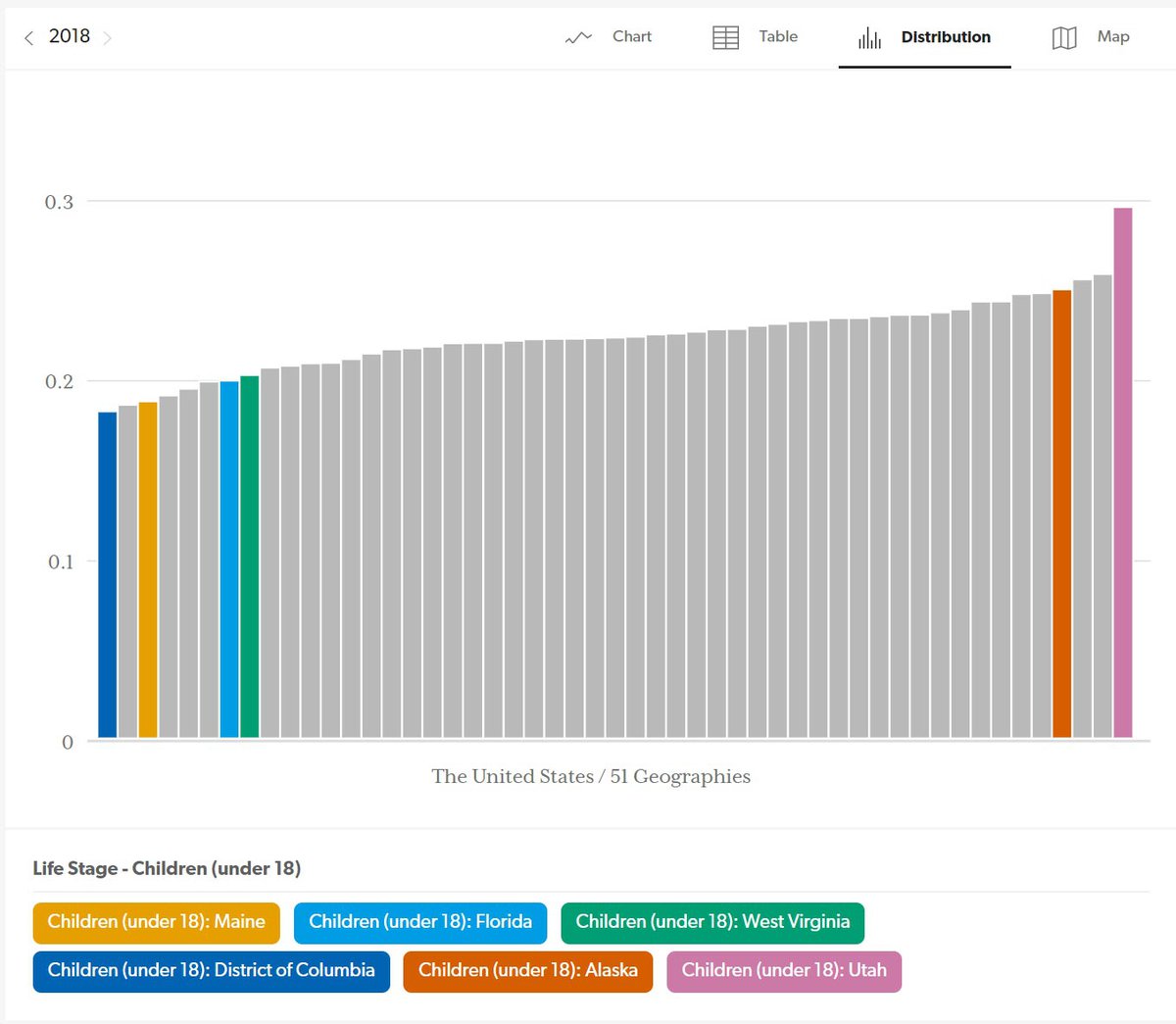