Fannie Mae and Freddie Mac: A look at the two mortgage giants under federal control since 2008

The two mortgage giants have portfolios accounting for more than half of the $10 trillion outstanding mortgage debt in America. They have been under federal control since 2008.

Fannie Mae and Freddie Mac ended 2018 with a combined portfolio of mortgage debt that’s worth $5.5 trillion. That’s more than half of the $10.4 trillion in outstanding home mortgage debt nationwide.

Founded by Congressional charter decades ago as a method to keep mortgage funds flowing nationwide, the duo has been under federal conservatorship since 2008 — amidst a housing crisis that played a key role in touching off the Great Recession.

More than a decade later, the Trump administration released a plan to privatize the two companies and adjusting its relationship with the federal government. That process would likely take some time, and in the meantime, the companies remain under federal control.

Here’s a look at the histories and data of both government-sponsored enterprises (GSE), how they came under federal control and how balance sheets looked in the past 11 years.

What are Fannie Mae and Freddie Mac?

The Federal National Mortgage Association — better known as Fannie Mae — was created by Congress in 1938 to provide banks federal money and shore up the mortgage market during the Great Depression. After the majority of Fannie Mae split off and became a private company, Congress chartered the Federal Home Loan Mortgage Corporation — Freddie Mac — in 1970. Freddie Mac also became part of the secondary mortgage market and served as a competitor to a potential Fannie Mae monopoly. Freddie Mac was also later privatized.

Neither company actually issues mortgage loans to prospective homeowners. Instead, they buy the mortgage debt from banks and either hold that debt as an investment or repackage the debt for investors as mortgage-backed securities. That business keeps money flowing for the banks, giving them the funds to approve more mortgage loans.

Faced with falling home prices and mortgage defaults, the companies lost a combined $108.8 billion in 2008. In September of that year, the US Treasury stepped in pledging to provide the companies as much as $200 billion in funds while bringing them under control (also known as conservatorship) of the Federal Housing Finance Agency (FHFA).

Under conservatorship, the companies must pay the Treasury regular dividends (discussed further below). The companies became profitable again in 2012 — related to the housing market and some tax provisions — but remain under FHFA control.

Before the recession and through 2018, the two GSEs have had portfolios that account for more than half of all home mortgage debt.

What changed after the US government took control of Fannie Mae and Freddie Mac?

After the 2008 takeover, the Treasury received $1 billion in preferred stock in each company, essentially making the US government a prioritized owner over other stockholders. In return, Fannie Mae and Freddie Mac were required to pay the government a quarterly 10% dividend for funds received. Later, that requirement changed to become a “profit sweep” dividend in which the companies give extra money held beyond a base of $3 billion to the US Treasury.

Between 2008 and the first three quarters of 2019, the two companies received $191.4 billion in Treasury funds while paying a total of $301.3 billion in dividends back to the government.

Fannie Mae payments from and to US Treasury (Cumulative)

What’s next for Fannie Mae and Freddie Mac?

With the two mortgage giants still under federal conservatorship, President Donald Trump issued a memorandum in March 2019, calling for “ending the conservatorships of the GSEs” as a part of a housing finance reform plan. In September, the US Treasury released a plan to take the two companies out of conservatorship. 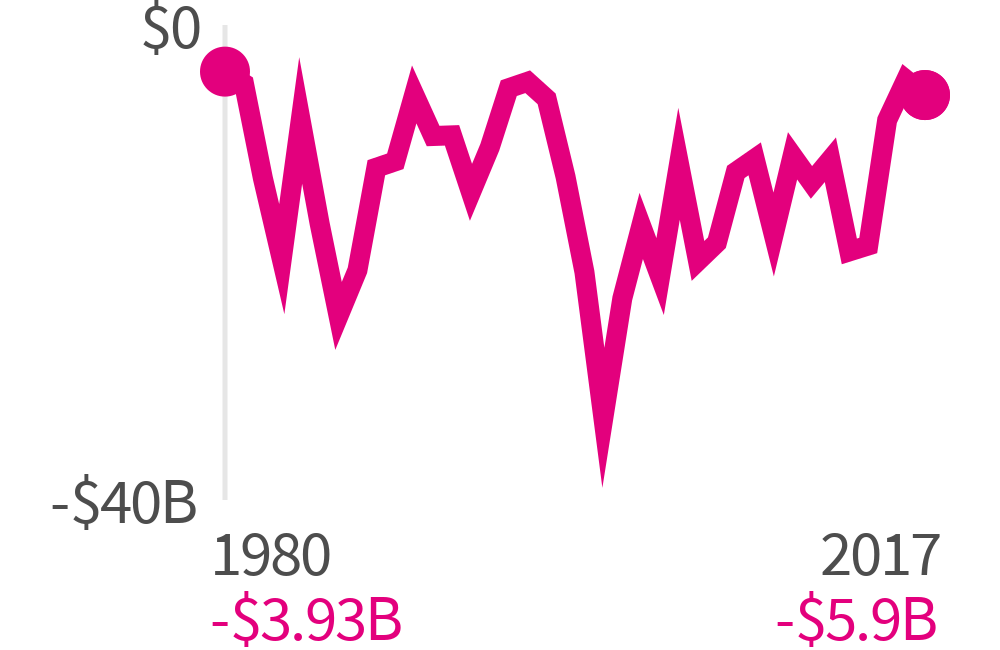