The death penalty in the US: What the data says

With five planned lethal injections this year, the government could more than double the number of federal executions since 1977. Meanwhile, state executions of death row inmates have decreased in recent years.

The federal government hadn’t executed an inmate since 2003. That changed this week with the execution of 47-year-old Daniel Lewis Lee, a former white supremacist charged in the 1996 murders of a family of three. Lee’s death marked the first federal execution in 17 years.

Last summer, the Justice Department announced plans to schedule five federal executions. Lee was the first of those five. To help understand what this might mean, here’s the data on capital punishment in the United States in the decades following the 1972 Furman v. Georgia Supreme Court ruling. That decision effectively banned the death penalty under existing state and federal sentencing guidelines, leading to procedural reform nationwide.

States use the death penalty more often than the federal government

A set of Supreme Court cases in 1976 determined that Georgia, Texas, and Florida had made suitable revisions for the death penalty to no longer be “cruel and unusual,” opening a path for executions to resume in 1977. However, the federal government did not reestablish a death penalty until 1988. It has since had few death penalty cases compared to state governments.

The Bureau of Justice Statistics (BJS) reported that there were 59 federal prisoners with death sentences in December 2017, the latest year available for BJS data.  The federal government has executed four prisoners since 1977: two in 2001, one in 2003, and one in 2020.

All the executions the Justice Department announced last year are set to follow a single-drug lethal injection format that relies on pentobarbital. This is the process used by Georgia, Missouri, and Texas, three states that ranked in the top six in executions between 1977 and 2017.

The number of executions is down

The total number of executions each year has fallen from a high of 98 in 1999. In 2017, there were 23 executions that took place in eight states. Seven of them occurred in Texas, the most of any state.

The death penalty is currently legal in 28 states, though some states where it is legal, like California, Pennsylvania, and Oregon, have moratoriums on its use. Colorado is the most recent state to abolish the death penalty, signing a bill into law in March.

In other states, complications from lethal injections have halted executions. Oklahoma conducted 112 executions between 1977 and 2017, the third most of any state. Still, it has not executed a person since 2015, when autopsy reports revealed that the state had used potassium acetate in a lethal injection, rather than the potassium chloride approved under protocol.

Arizona, which has executed 37 people since 1977, halted executions in 2014 when one lethal injection execution took 15 doses and almost two hours to complete. Some pharmaceutical companies have restricted their drugs from use in executions, further shrinking the available lethal injection drugs that states can utilize. But the federal government is not alone in considering executions again. The Attorney General of Arizona, Mark Brnovich, indicated in a letter to the governor earlier this month that the state might resume executions now that legal barriers are resolved.

Fewer people are on death row

The number of people on death row climbed annually from 1980 to 2000, when there were 3,593 individuals under sentence of death. Those numbers are down in recent years. The number of people on death row in 2017 was 2,703, an almost 25% decrease from 2000. In 2017, there were 105 people who left death row without execution and 34 who joined it. The reason for leaving is not always a commuted sentence – of the 105 who disappeared from death row counts, 21 died of natural causes, two committed suicide, and one died in a traffic accident.

Sentencing and removal of death sentences

About 42% of death row inmates were Black in 2017. BJS data includes people who are Black and Hispanic as well as Black and non-Hispanic, so it is difficult to be sure of the extent of the difference between the rates of Black inmates in prison and on death row. The percentage of Black people among those on death row has fallen since 1970, when Black people made up 53% of individuals sentenced to death.

Race of those under sentence of death 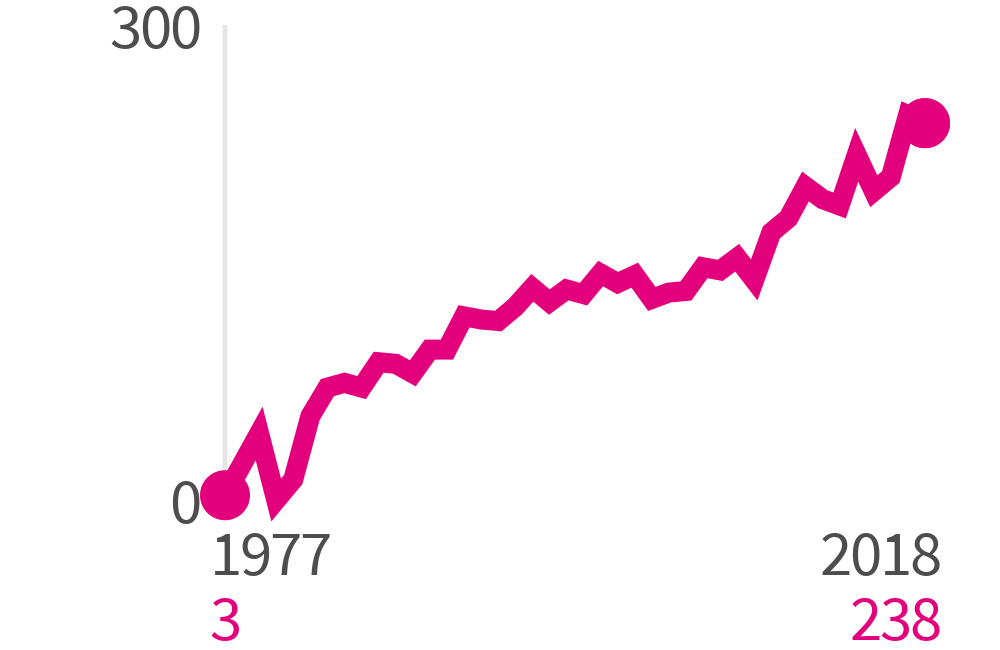 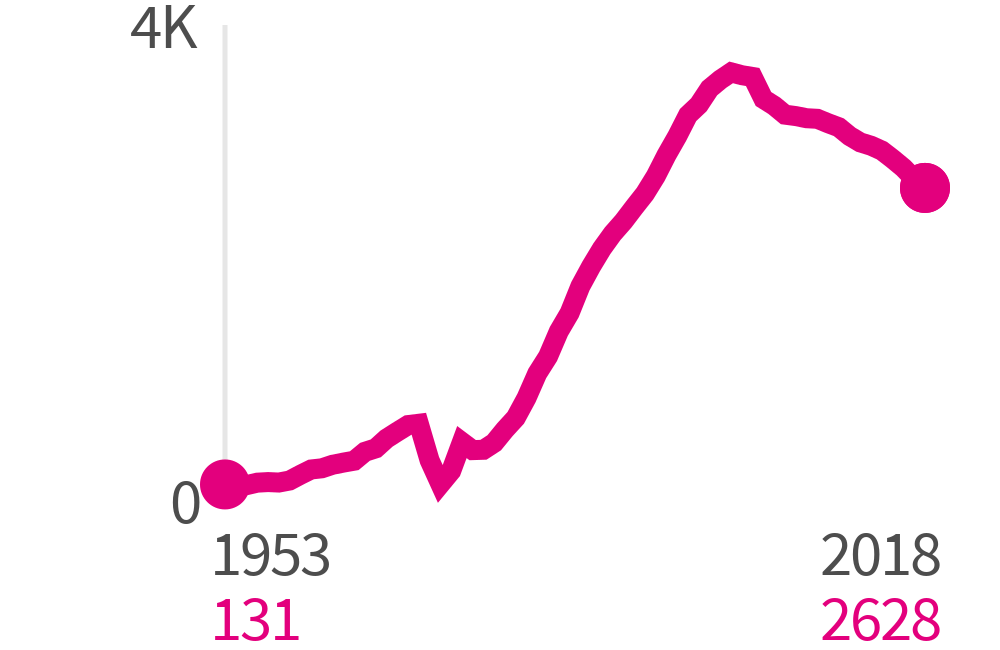 Persons under sentence of death