48% of Americans are feeling down, depressed, or hopeless during the COVID-19 pandemic

An experimental weekly survey started by the US Census Bureau in April 2020 also reports that lower-income households report the highest levels of anxiety and depression.

In addition to affecting health and employment, the COVID-19 pandemic has impacted the mental and emotional state of Americans. More recent events, including the death of George Floyd and weeks of nationwide protests against police brutality and racism, have also amplified stressors for mental health.

Beginning on April 23, 2020, the US Census Bureau started conducting its Household Pulse Survey to study “how people’s lives have been impacted by the COVID-19 pandemic.”

The Census Bureau sent questionnaires to an average of 1.24 million households every week in the first eight weeks of the survey. About 7.5% of those households responded.

The four questions related to depression and anxiety offer up-to-date information on Americans’ mental health nationwide, in individual states, and amongst various demographic groups. The most recent data released was collected between June 18 and 23.

The results show high levels of anxiety and depression compared with a similar annual survey conducted by the Centers for Disease Control and Prevention (CDC) in 2018 (it should be noted that the CDC survey asked a different question than the Census Bureau).

The numbers further indicate continuing increases in rates of anxiety and depression among Americans over the past several weeks. A previous version of this article discussed the data collected between May 21 and 26, prior to the death of George Floyd. Compared to these numbers, even more Americans are experiencing anxiety and depression than before.

When it comes to anxiety, 60% of American adults experienced “frequency of feeling nervous, anxious, or on edge” in the last seven days, an increase of 5 percentage points since May. Over a quarter of all respondents reported feeling that way more than half of the days in the last week.

About 53% of Americans said they experienced “not being able to stop or control worrying” at least several days during the past week, compared to 47% in May.

Regarding depression, about 48% of respondents said they felt “down, depressed, or hopeless” for several days in the previous week, up 3 percentage points from May. About 19% reported these types of feelings the majority of the days in the past week.

About 51% responded to “having little interest or pleasure in doing things” during several days in the past week, an increase of 4 percentage points. 21% of all respondents reported feeling that way the majority of the week.

The demographics of anxiety and depression

Feelings of anxiety and depression are strongly correlated with income. Respondents with lower household incomes, or those who reported a recent loss of income, reported higher frequencies of negative feelings. For example, 65% of respondents in households earning less than $25,000 responded feeling down, depressed, or hopeless several days in the previous week. Only 37% of those in households earning more than $150,000 reported the same feelings.

About 64% of the people who reported losing employment income said they felt unable to stop or control worrying several days a week, compared with 48% of those who didn’t lose their primary source of income.

This suggests that these small increases in overall anxiety and depression are due to more than economic strain. This could in part be a generalized reaction to the fact that high rates of coronavirus continue in the United States, months after the onset of the virus. The recent police deaths of Black Americans and the ensuing protests, as well as the ongoing conversation around racial injustice, could also be a factor.

On the state level, more than 54% of adults in California, Oregon, and Louisiana reported feeling down, depressed, or hopeless at least several days in the past week. On the other end, less than 40% of Wisconsin and Nebraska residents reported feeling that way.

Feeling down, depressed, or hopeless at least several days in the past week

How this data compares to past data

The above Census data is looking at depression and anxiety during a specific period of American life: a global pandemic.

The Behavioral Risk Factors Surveillance System, administered by the CDC, asked in 2018: “Has a doctor, nurse, or other health professional ever told you have a depressive disorder?”

How people are feeling at the moment has traditionally not been easy to quantify with government data. The Census’ new experimental survey offers a rather up-to-date way to assess the state of the nation. While the Census Bureau plans to collect the data for only 90 days, how the survey assesses mental health or any of the other issues it includes may serve as a guide for how to understand the nation’s mood in the future.

If you feel like you need someone to talk to, call the Disaster Distress Helpline at 1-800-985-5990 or text TalkWithUs to 66746. The service provides free, 24/7, 365-day-a-year crisis counseling and support to people experiencing emotional distress related to natural or human-caused disasters. (Including COVID-19.)

If you’re worried about harming yourself, help is available at the National Suicide Prevention Lifeline. Call 1-800-273-TALK (8255) or chat online here. The service is free and available 24 hours a day, 7 days a week. All calls are confidential. 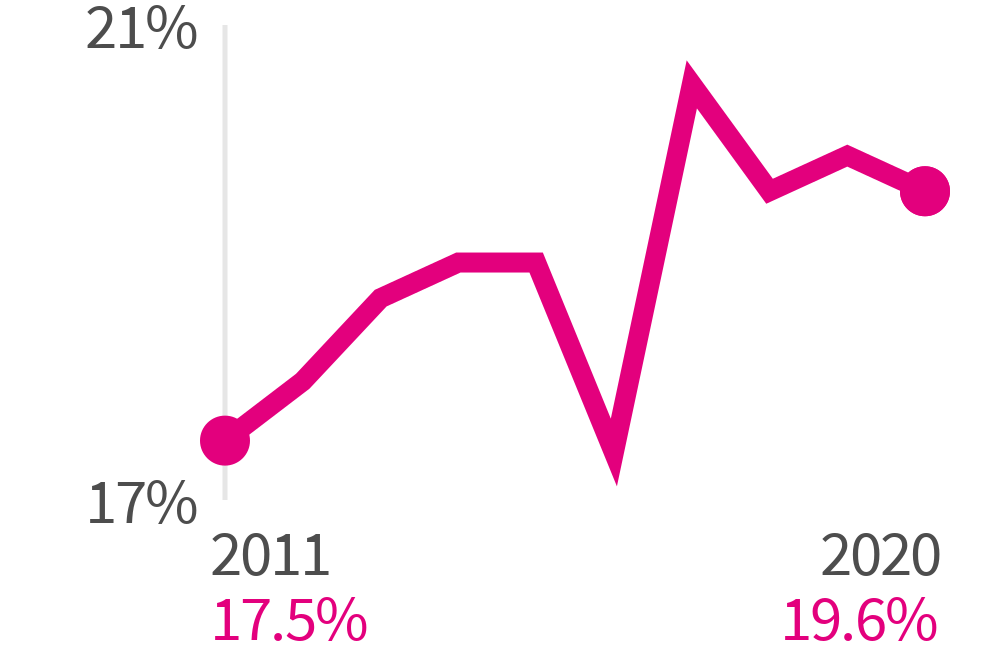